Home Will Ford Congratulations Chris Silverwood – but do England need a head coach?

Congratulations Chris Silverwood – but do England need a head coach? 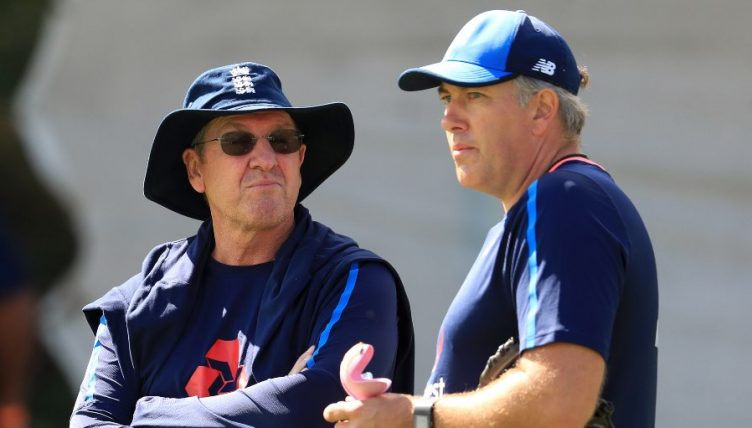 Chris Silverwood has been announced as the new head coach of England, to succeed Trevor Bayliss in leading the national team. Silverwood said he was “thrilled and honoured” to be given the role, but just how important is the head coach in cricket? Do England need one?

You will never see Ravi Shastri shadow batting on the balcony as he emulates Virat Kohli at the crease, like Gareth Southgate heading an imaginary ball in from a corner. Nor will you see see Justin Langer with headset on, relaying messages to the boundary edge, like Eddie Jones instructing “the finishers” to enter the fray at Twickenham.

In comparison to their contemporaries in other team sports – on game day at least – the head cricket coach does f*** all. Tactical decisions, bowling changes, fielding positions, the motivational aspects of the game, all fall under the remit of the captain, vice captain or another member of the team.

Both the brunt of criticism and the focus for praise weigh most heavily on the shoulders of the leader of any team. The difference in cricket is that – unlike in other team sports – the leader is the captain, not the manager or head coach. No-one blames the captain for a defeat in football or rugby – unless their own individual performance was the problem – much like the coach is rarely blamed in cricket, until the defeats really start to pile up.

This is entirely due to the relative importance of the roles. Other than geeing his teammates up or leading by example, there is nothing a football or rugby captain can do to alter the course of a game, that responsibility rests on the shoulders of the head coach. The same culpability as that of the cricket captain.

So what is the point of a head coach in cricket if a captain’s doing all the legwork?

Trevor Bayliss’ tenure as England coach will be remembered for taking a broken one-day team at the lowest of ebbs to number one in the world. That (or this) team changed 50-over cricket. No score was unchaseable because aggression was left raw and untapered. But is recognising and pushing what proved to be a successful ‘brand of cricket’ worth the £450,000 per year paid to Trevor Bayliss?

With the World Cup in the trophy cabinet, on the back of one of the greatest English cricket summers of all time, on the surface – the answer would seem to be yes. But he did have Eoin Morgan, one of the great England captains. Calm and reassuring both on the field and off it, a father figure for the young players and an inspiration for the more experienced. Bayliss merely handed his captain the match, it was Morgan who lit the “fearless cricket” touchpaper.

This is not to say that Bayliss was bad – he appears to be one of the best around. But is it in fact his inaction that makes him somehow good?

Ask the England players or backroom staff what Trevor Bayliss did for England cricket and they will talk of a mentality he instilled rather than his ability to coach – at least in the original sense of the word. If Trevor Bayliss was really a great coach purely because he told them to “play aggressive cricket and enjoy themselves”, I’d say I must be pretty bloody good too as I remember saying similar to an under-10 cricket team at the start of their ‘last cycle’.

I wonder when the last time was that Bayliss had to umpire and score a game while coaching? I bet he didn’t have to stop on the dual-carriageway for his star all-rounder to throw up the heinous number of sweets he had just thrown down his throat. Although I hear Ben Stokes is partial to a liquorice pencil or two [unconfirmed]. Where’s my recognition as a great coach?

This is not to suggest that coaching is unnecessary, just that another Trevor Bayliss is.

Issues with a bowler’s run-up or a batsman’s set-up at the crease can be alterred to make a world of difference – there is no end to the improvements that professional cricketers can make. The importance therefore of ‘pure coaching’ should not be denigrated but that – for England at least – appears to be done by those specialist batting, bowling and fielding coaches with Bayliss acting as some sort of hype man, occasionally chiming in with a repeated lyric or nodding his head to convey his approval at the work of others.

If the ECB are going to pay half a million to Chris Silverwood to be ‘Head Coach of Men’s England Cricket’ make him actually do some coaching, or pay him less and change his title to ‘Psychologist Cheerleader’ if he’s to emulate the role of his predecessor. I vote for the former, as an Eoin Morgan-less Test team need all the help they can get.