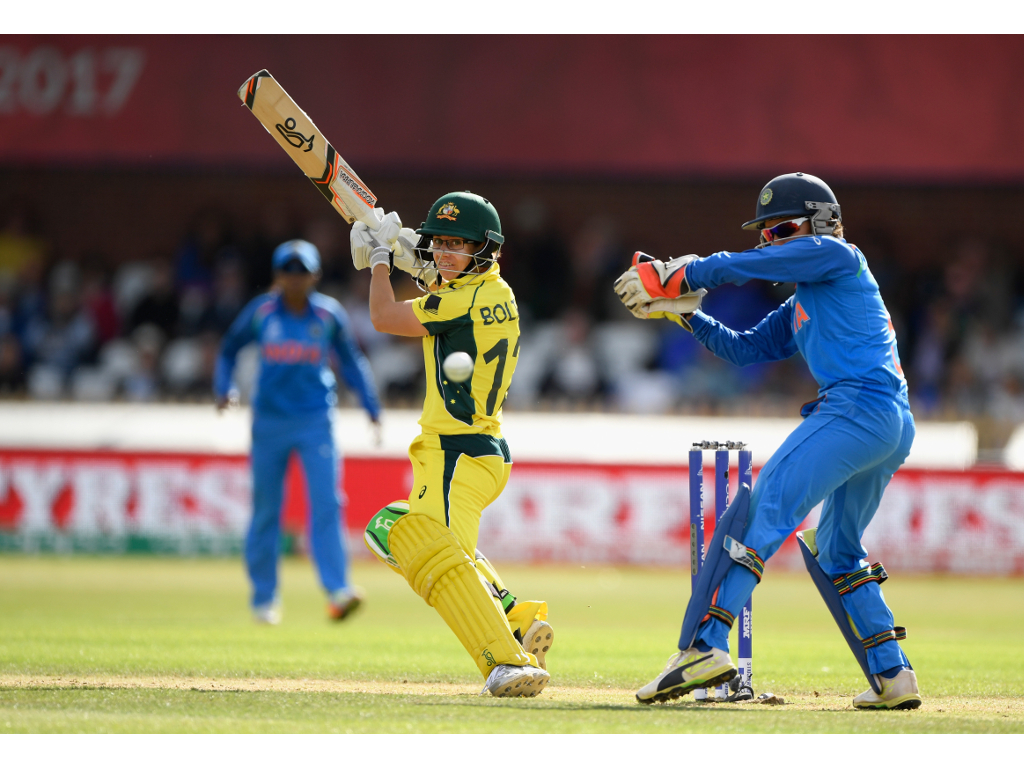 A quickfire hundred from Nicole Bolton sealed a dominant eight-wicket win for Australia in their opening match of the ODI series against India.

Opener Bolton was unbeaten on 100 off 101 balls, anchoring the chase of 201 with useful partnerships with the top order.

Spinners Jess Jonassen (4/30) and Amanda-Jade Wellington (3/24) were the pick of the Australia bowler.

India were skittled for 200 in 50 overs, with only Pooja Vastrakar’s record breaking 51 from No.9 giving the bowlers a target to defend.

Australia chased down the sub-par total in just 32.1 overs, to add two points to their tally in the ICC Women’s Championship.

Bolton and Alyssa Healy got the visitors off to a great start, striking at over a run a ball. 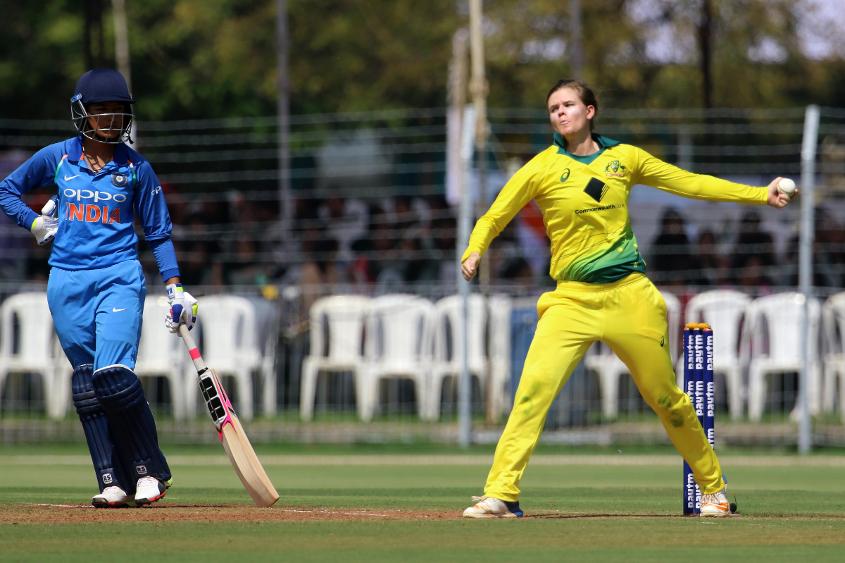 Neither the spinners nor pacers could contain them as they brought up the fifty in just the eighth over of the chase.

Shikha Pandey sent Healy back for a 29-ball 38, which included six fours and a six, but there was little respite.

Meg Lanning contributed 33 off 38 before she was run out by a sharp throw from Veda Krishnamurthy, while Elysse Perry was there for company at the end on 25 off 26.

Vastrakar’s 56-ball knock from No.9 and her 76-run partnership with Sushma Verma was vital in taking India to the 200-run mark after the batters failed to kick on.

Poonam Raut and Smriti Mandhana got India off to a bright start with a flurry of boundaries, but the spinners pegged them back.

Ashleigh Gardner got the breakthrough when Mandhana mistimed a slog-sweep. Jemimah Rodrigues, on ODI debut, edged one from Wellington on the leg side to the wicket-keeper for 1.

Wellington also got the big wicket of the set Raut, leg before wicket trying to sweep.

None of Harmanpreet Kaur – captain in place of the unwell Mithali Raj – Deepti Sharma or Veda Krishnamurthy could make an impact, and it fell to Verma, the wicket-keeper and Vastrakar, in only her second ODI, to afford the scoreboard some respectability.

While the spinners were among the wickets, Nicola Carey, the debutant pacer, was economical, conceding just 28 runs in her 10 overs.