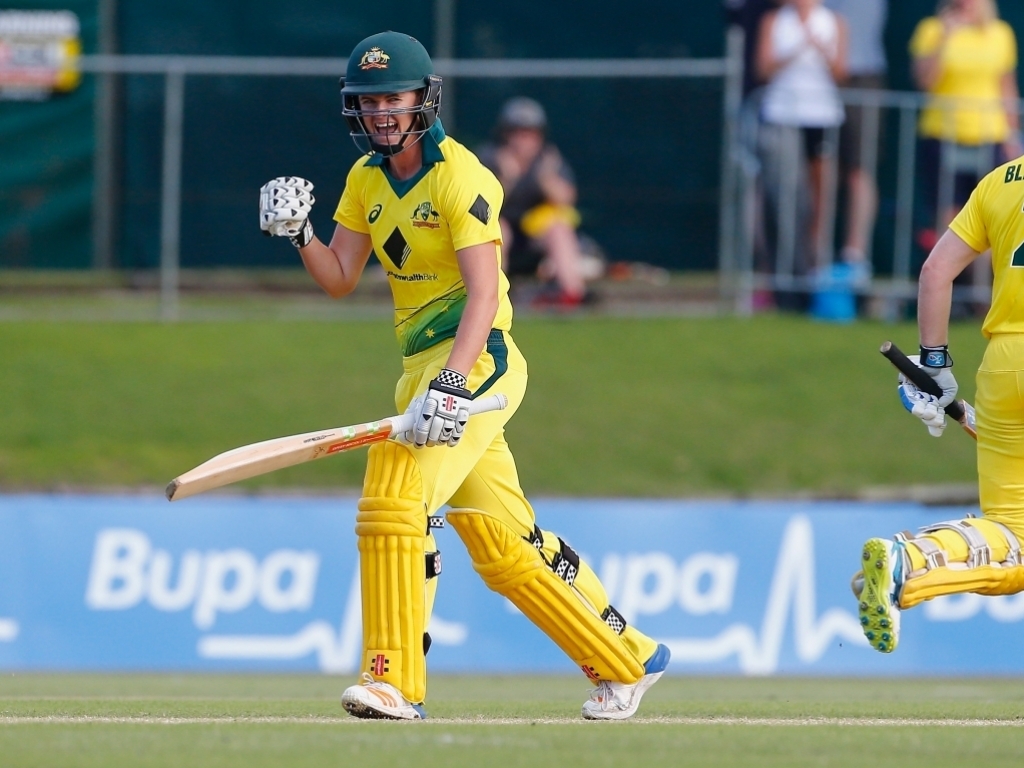 A half-century to Alex Blackwell and a brilliant all-round performance from Ashleigh Gardner helped Australia to a two-wicket win in the opening ODI of the women’s Ashes series at the Allan Border Field in Brisbane.

After winning the toss and electing to bowl, Australia put in a disciplined bowling performance to restrict England to 9-228, with Gardner (3-47), Megan Schutt (2-44) and Ellyse Perry (2-50) doing most of the damage.

The top-scorers with the bat for the visitors were opener Lauren Winfield (48) and middle-order player Nat Sciver (36) while Sarah Taylor contributed 34.

In response, the hosts was on the back foot early after openers Nicole Bolton (2) and Alyssa Healy (18) were dismissed cheaply.

Australia’s middle order got their side back on track with Ellyse Villani (38) and captain Rachael Haynes (30) getting starts before vice-captain Blackwell took control with a composed 67 not out.

The loss of quick wickets brought Gardner to the crease, the youngster hammering a quick-fire 27 off 18 balls to get Australia within eight runs of victory before Jess Jonassen hit the winning runs with a boundary.

The home team gained two points in the Ashes which will be decided by who has the most points after three ODIs, three T20Is and a Test match.

The series now moves to Coffs Harbour where the second and third ODIs will be played ahead of the first ever Ashes Day-Night Test at North Sydney Oval.