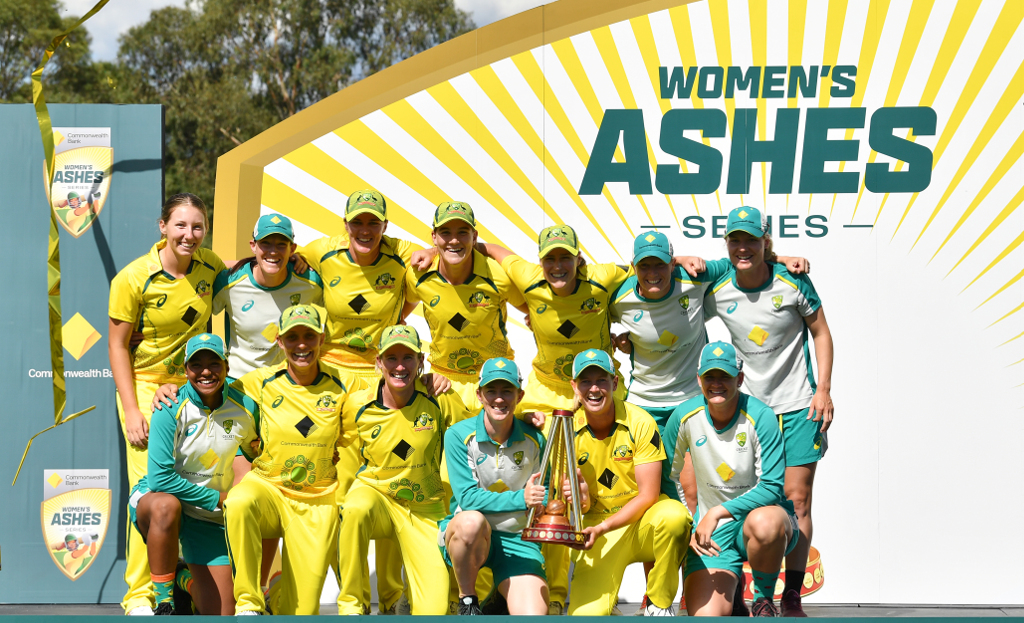 England were comprehensively beaten in the last match of the Women’s Ashes as Australia claimed an eight-wicket victory in the third and final one-day international in Melbourne.

Having won the toss and opted to bat, England were bowled out for 163 with only opener Tammy Beaumont (50), Nat Sciver (46) and Charlie Dean (18 not out) reaching double figures as Australia all-rounder Annabel Sutherland took four for 31.

Australia, who had already sealed the series with their win in the second ODI when they dismissed Heather Knight’s side for just 129, wasted little time hunting down their target as they secured victory with more than 13 overs to spare.

Alyssa Healy (42) and Rachael Haynes (31) put on 74 for the first wicket to lay the platform for the run chase before captain Meg Lanning (57 not out) and Ellyse Perry (31no) saw Australia over the winning line in comfort.

The hosts also won the opening T20 international, with England’s points coming from a draw in the one-off Test and no result and an abandonment in the rain-affected second and third T20Is.

In a post-match interview, England captain Heather Knight said: “It was not the ideal build-up but we made the best of a bad situation.

“We went toe-to-toe at certain times, we’ll be frustrated at few big moments we didn’t win. The last two games aren’t a reflection of us as a side.

“It was a brilliant Test match and gutting that we couldn’t get over the line. We haven’t quite nailed it in the ODI series. A few little tweaks we need potentially with the bat and looking forward to getting to New Zealand.”