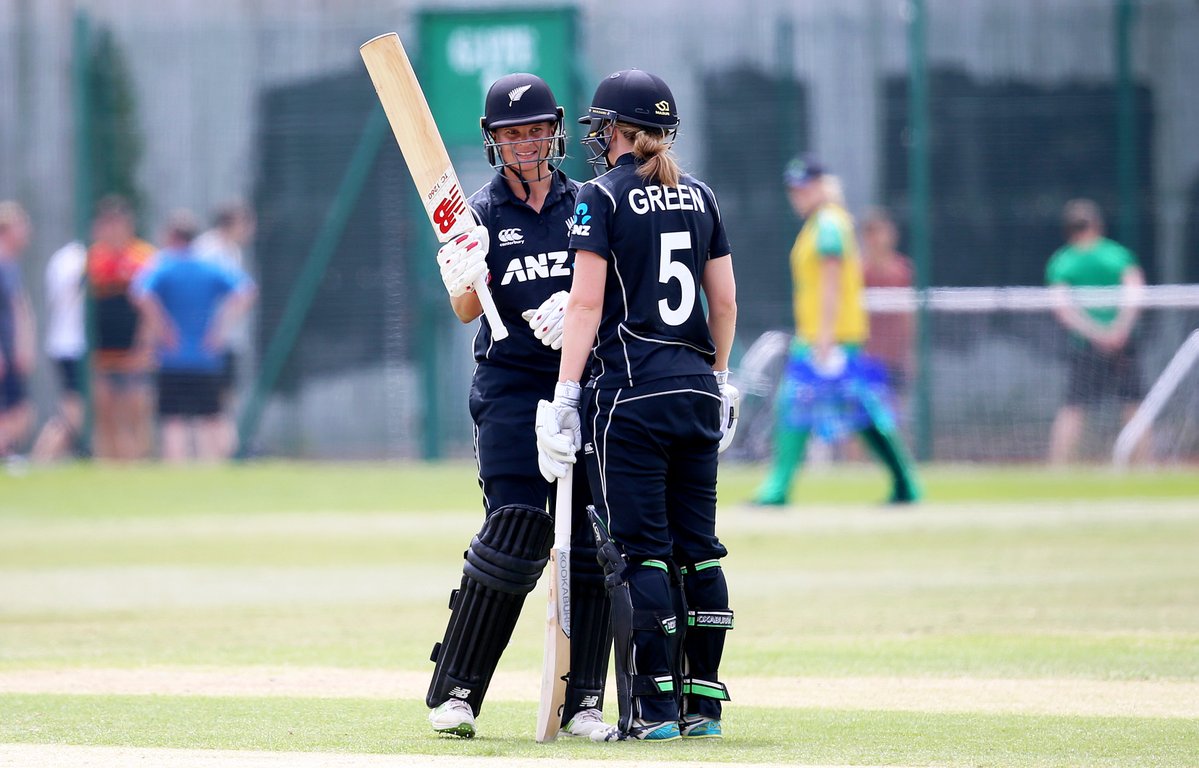 New Zealand skipper Suzie Bates has backed her young team to break plenty more records after they smashed 490/4 in an ODI against Ireland.

Bates warned that there was plenty more to come from the explosive White Ferns lineup.

After beating Ireland by 346 runs: “To set a world record for men’s and women’s cricket is pretty special and it’s going to take a bit to chase it down.

“We’ve got some really powerful players, and Sophie Devine hadn’t even been out there, so look out!”

Bates felt that the magic mark of 500 in an ODI was within the team’s reach though they fell just short in the end.

“There was a point at the 30th over, when we were around 265. [You know] the old saying that you double the score on 30 – and I thought, oh, we could be onto 500 here. You think you can’t keep carrying on, but it’s a really good wicket, lightning fast outfield,” She said.

Bates enjoyed a special moment during her innings of 151 as she became New Zealand’s leading runscorer in the format.

She went on: “When it happened and came over the loud speaker, I did actually have a bit of a moment because you think about the hard work you have done and the people who have helped you get here.

“It’s nice to sit back sometimes and say, oh, I’ve played some good cricket over the years.

“You can’t compare records,” she added. “Debbie was a player that all the girls looked up to and that 2000 World Cup team was a real inspiration to us. We’re just wanting to play good cricket and I hope the likes of Amelia Kerr and Jess Watkin can pass that record one day.”