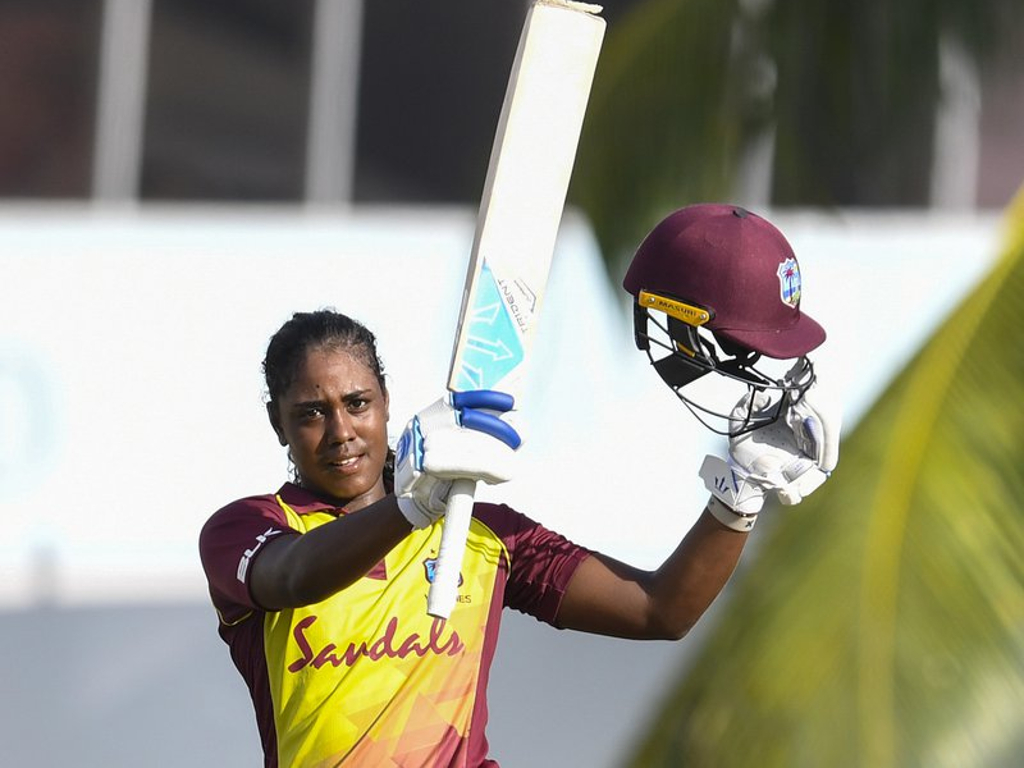 A maiden One-Day International (ODI) century by twenty-year-old Hayley Matthews along with a half-century from Dinendra Dottin and 45 runs from captain Stefanie Taylor helped set a an emphatic victory by 115 runs for West Indies in the third and final ICC Women’s Championship (IWC) ODI against South Africa at Kensington Oval on Saturday. The series is drawn 1-1 (Match Two was rained out).

Matthews smashed 117 runs from 146 deliveries (17x4s) and shared a match-winning 174-run partnership with Taylor, laying the groundwork to a daunting 292/5 at the end of their 50 overs after winning the toss.

Marizanne Kapp was the pick of the South African bowlers, taking 4/55 in her 10-over spell. She started at the top of the innings when she had opener Kycia Knight trapped in front for five in the third over but Matthews and Taylor blew the visitors away during their 33-over-long stand. Dottin joined the fray after the loss of Taylor and added a quick-fire 59 from just 44 balls (4x4s, 3x6s) as she and Matthews continued in the same destructive vein.

Tumi Sekhukhune (1/64) eventually removed the centurion off the last delivery of the 41st over but the damage had been done. Special mention should be made of Raisibe Ntozakhe. The off-spinner, while not claiming any wickets, conceded just 31 runs in her 10-over spell returning the innings’ most economical figures (3.20).

South Africa’s reply was not good enough in the face of the home side whose tails were up from a brilliant batting display. Lizelle Lee was the first to lose her wicket when she was caught by Dottin off Shakera Selman for two at the end of the second over. Suné Luus did not last long either, getting caught and bowled by Shamilia Connell for four.

Captain, Dané van Niekerk joined the remaining opener Laura Wolvaardt at the crease, sharing what looked to be a promising 109-run, fourth-wicket partnership before the latter was stumped off Affy Fletcher for 54.

From then on, Van Niekerk was a woman alone as she lost partner after partner with no one else reaching double figures until she was finally run out on 77 in the 41st over. South Africa were eventually bundled out for 177 with 7.3 overs to spare.

Dottin was the Windies’ chief destroyer, returning figures of 4/36 in her 9.3 overs.

It will be a quick turn-around time for the teams as they move to the T20 format starting this Monday, 24 September at the same venue.