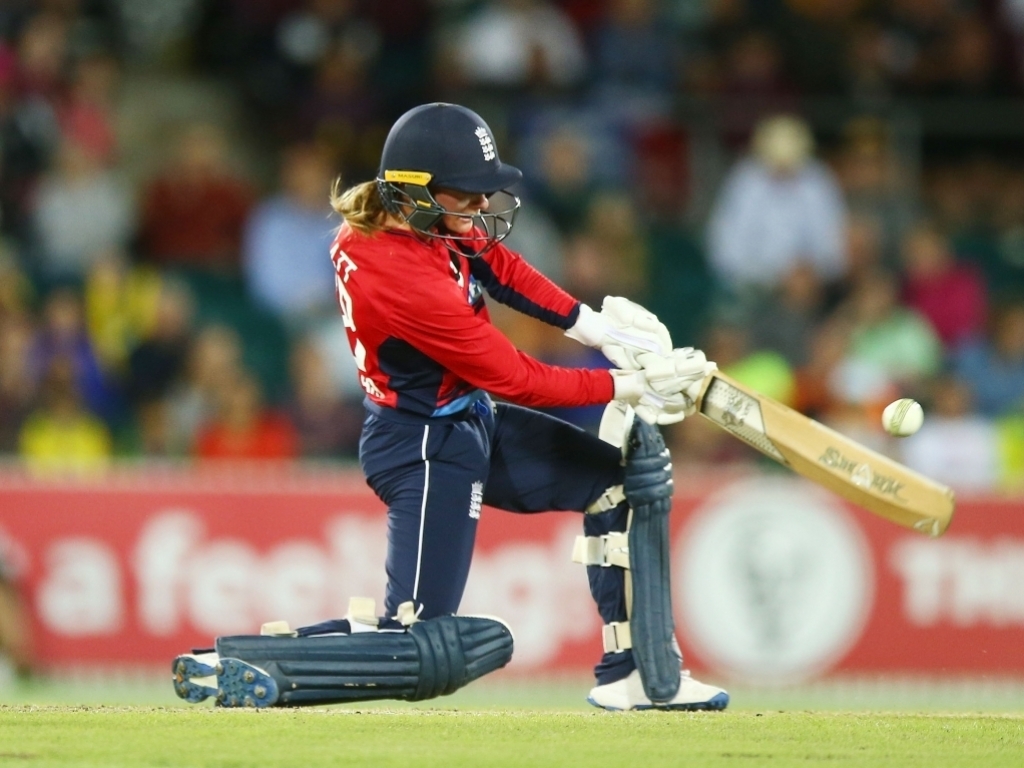 Danielle Wyatt smashed her maiden T20I century as England recorded a sensational four-wicket victory over Australia in the final game of the women’s Ashes in Canberra on Tuesday.

Chasing a formidable target of 179, Wyatt struck 100 off just 57 balls and shared in a match-winning partnership of 139 with her captain Heather Knight, who struck 51from 37 balls.

Even though they lost both their in-form batters towards the end of the game, Fran Wilson hit a boundary off the final ball of the penultimate over to see England over the line with six balls still to spare.

Earlier, Australia opener Beth Mooney produced her own fireworks as she hit an unbeaten 117 off 70 balls as the hosts posted 178/2 in their 20 overs.

After winning the toss and electing to bat, Australian openers Mooney and Alyssa Healy (19) got their side off to a flying starting before the latter was caught by visiting skipper Knight.

Mooney carried on unfazed, hammering 19 fours and one six on her way to a maiden T20I century and the second highest score in a women’s T20I while an unbeaten 22 from Ellyse Perry boosted the total towards the end of the end.

The win for England means the series is drawn with both sides finishing with eight points each, however as current holders Australia retain the Ashes.