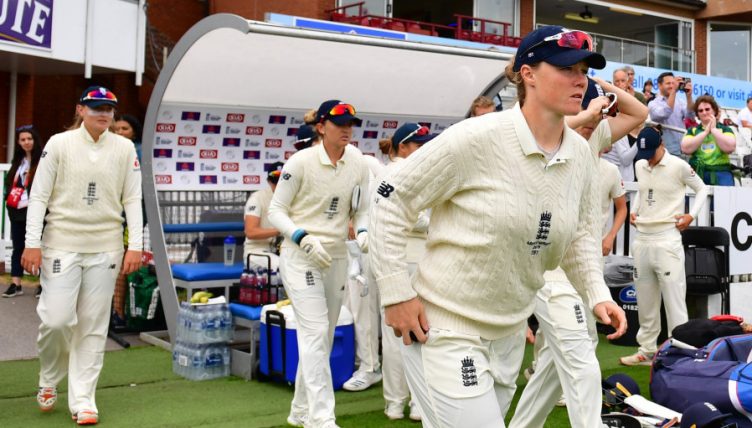 A brand new action plan with the aim of transforming the state and fortunes of women’s cricket has been unveiled by the ECB, with Clare Connor believing it help close the gap to long-time rivals Australia.

An initial £20million of funding over the next two years will allow 40 full-time professional, domestic contracts to be handed out in addition to the existing 21 England women centrally contracted players.

The ECB – which has entitled the strategy ‘Inspiring Generations’ – is aiming to make cricket a gender-balanced sport.

The restructure announcement, which contains a 10-point action plan with five key objectives focusing on participation, pathway, performance, profile and people, comes after two years of consultation with the 38 counties and Cricket Wales.

Heather Knight’s team lost the recent multi-format Ashes series 12-4 but the new proposals should help England compete with Australia, who have over 100 women playing either professionally or semi-professionally.

Connor, England’s director of women’s cricket, said: “Over the last five years, Australia have made similar investments which we are about to make.

“There’s no getting away from the fact we do need to close the gap, certainly around the number of female players who can make a living playing the game.

“It’s about giving those talented players that opportunity and for a girl in the game to have visibility ahead of her so she can see how she can progress through our system to become a professional.

“Australia have been a little ahead of us in that regard. They have done really well, but it’s time for us to make a big move ourselves.”

Over the next five years, the ECB’s ambition is to invest £50million into the women’s game, with a focus on club facilities through to developing the next generation.

As part of the performance objective, a new semi-professional eight-team regional domestic structure will be implemented.

“The key for the new eight-team domestic structure, which will play 50-over and Twenty20 cricket, is every single county – first-class and national – will feed into those teams,” Connor explained.

“Within each region, we will be appointing directors of cricket to oversee the whole pathway and performance plan within a region.

“Let’s talk about the north-west, for example, so Lancashire, Cumbria and Cheshire, all of the age-group programmes in that region will feed a regional open-age academy, with no age limit.

“That academy will underpin the senior team in that region, so the key for us is the pathway is really clear within each of the eight regions and every county has got a really important role to play in supporting players into that regional set-up.”

Connor revealed “roughly £8million” will be additionally invested into the women’s side of The Hundred, which will contain eight teams and is a key part of the profile objective of this plan.

She stopped short of confirming Kia will no longer be involved in women’s cricket, with the Kia Super League – a semi-professional women’s Twenty20 competition – ending this year after four seasons.

“We are still in talks with Kia about their ongoing involvement with the women’s game,” she said. “I think, in terms of the profiling opportunities, it is The Hundred which will replace the Kia Super League, albeit with a slightly shorter format.

“The Hundred is the competition where players will be very well paid, where TV coverage will come from, including free-to-air, so the Kia Super League is going as a six-team competition, but there are details to be worked through.”

Knight praised the plan as a “really exciting next step in the continued growth of women’s cricket” and Connor is hopeful it will increase the representation of women in the cricket workforce.

She added: “We have a plan around further developing the England structures and to attract more women to roles within the game.

“Women are really under-represented within non-playing roles across cricket.

“We will have a plan to ensure women and girls feel – whether it is as a young player, a talented teenager, a full-time adult professional or a women who wants to get in a non-playing role – welcome and included in the game of cricket.

“We just haven’t had that opportunity before, so it does feel like a watershed moment.”