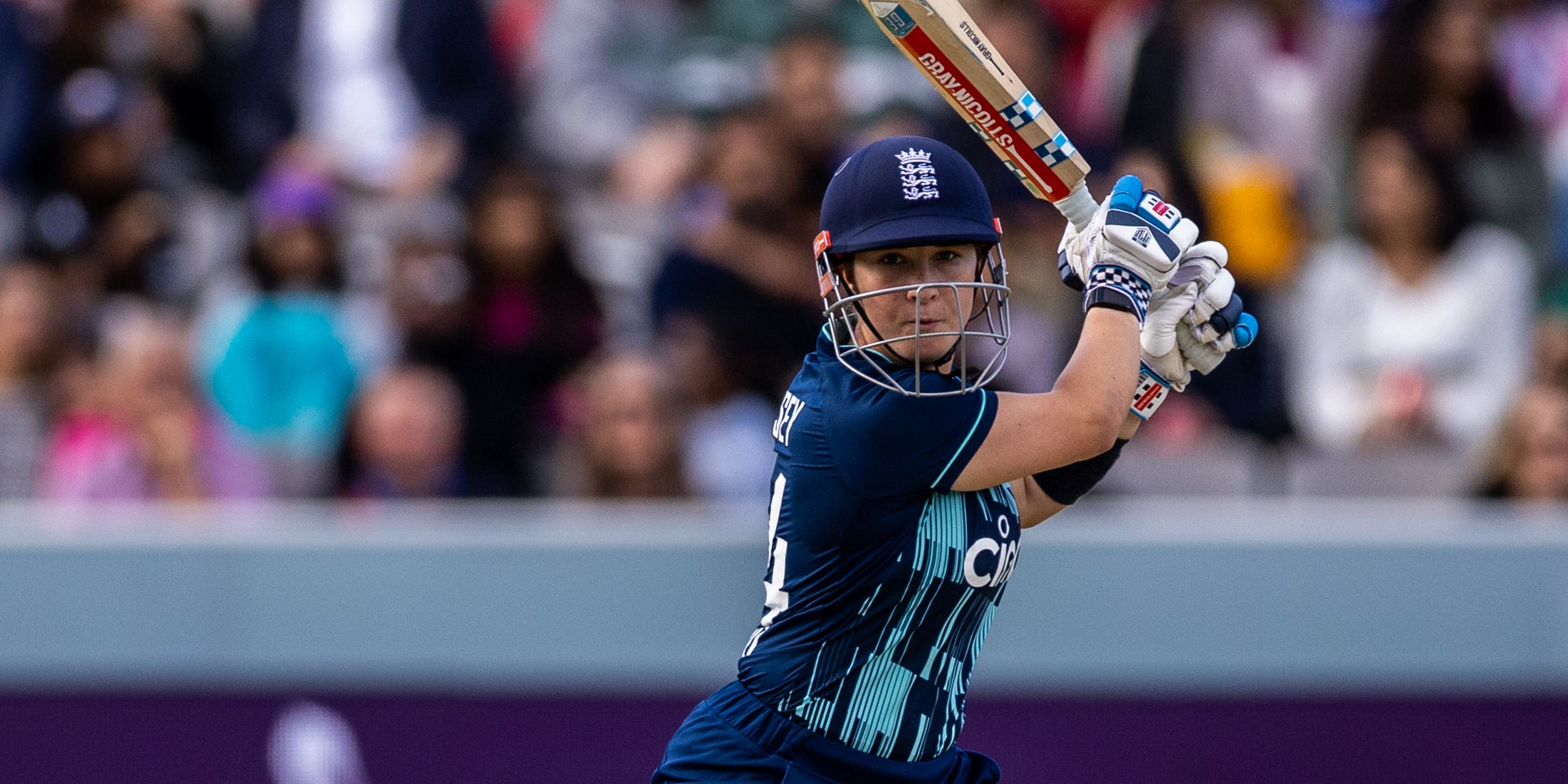 England all-rounder Alice Capsey will be given every opportunity to prove her fitness for the ICC Women’s T20 World Cup in South Africa.

Capsey has been included in Jon Lewis’ 15-strong squad for the tournament in the hope she can recover from the broken collarbone sustained in the opening ODI against the West Indies last month.

The 18-year-old from Surrey was awarded her first central England contract in November in a breakthrough 2022 that also saw her shortlisted for the ICC women’s emerging cricketer of the year award.

“We hope Alice is fit enough, she’s worked incredibly hard alongside the medical staff to get to this point and we’ll give her every chance,” Lewis said.

“But as we saw in the Caribbean, the depth of talent and skill in the squad is growing fast and winning tournaments is about everyone collectively embracing the moment and enjoying the journey.”

Bowler Kate Cross has been added to the squad that swept aside the West Indies and could make her first T20 appearance for England since 2019, while Issy Wong and Dani Gibson will be present as travelling reserves.

“It’s always exciting to name a World Cup squad and there’s a great deal of talent in this group,” Lewis said.

“We saw a lot of good things in the West Indies and a lot of progress around shifting our mindset as a team. I’m excited to see how we take that into the challenge of a global tournament.”

England open the World Cup against the West Indies in Paarl on February 11 and have been drawn in a group that also includes India, Pakistan and Ireland. Defending champions Australia are strong favourites to retain their crown.