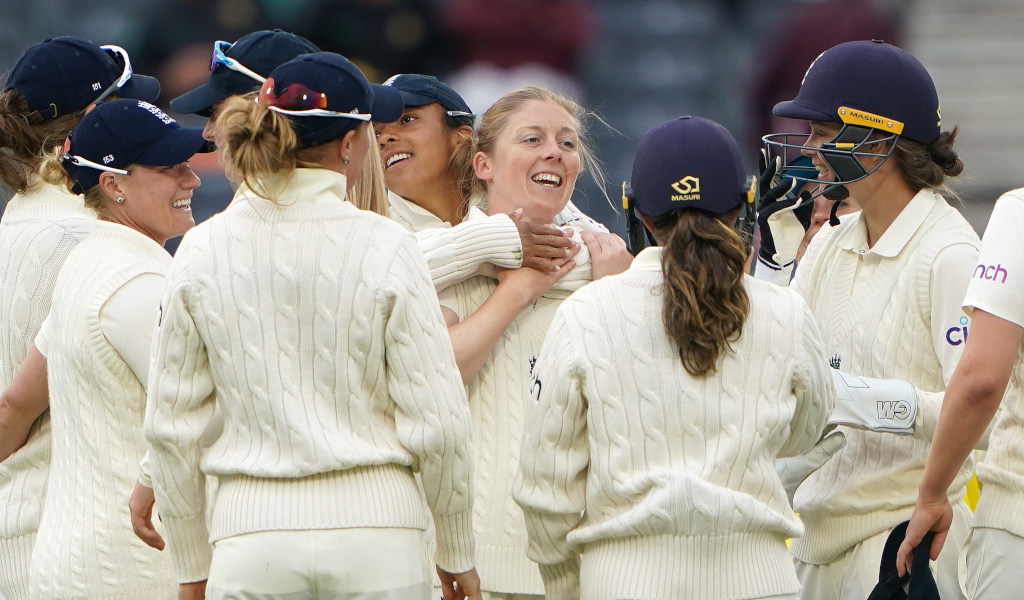 England Women will host South Africa in a Test match for the first time in almost 20 years in June before ending a busy domestic summer with limited-overs series against India.

The Proteas will tour England from June to July, competing in a multi-format series which will begin with a one-off Test match – South Africa’s first four-day fixture since they faced India in 2014.

The last time England and South Africa faced each other in a Test was 2003, when they played two matches, at Shenley and Taunton, with the hosts winning the series 1-0.

This summer’s schedule will kick off with the LV= Insurance Test at Taunton beginning on June 27, followed by three Royal London one-day internationals and three Vitality T20is, the last of which is scheduled to take place on July 18.

After the culmination of the Commonwealth Games and The Hundred, India will visit for a second summer in a row for three T20s and three ODIs, the last of which will be at Lord’s on September 24.

Taking the game to as many fans as possible

“We are thrilled to be able to announce a compelling summer of international women’s cricket against two of the best teams in the world, in what is a bumper year for the women’s game,” managing director of women’s cricket Clare Connor said.

“In particular, we are excited to be taking England Women back to Lord’s and up to the Riverside Ground as we continue to take the game to as many fans as possible.

“With the second edition of The Hundred and the historic opportunity to participate in the Commonwealth Games on home soil, we’re looking forward to seeing our players thrive on the biggest stages.

“Despite the challenges presented by the pandemic, we keep seeing growth in our female participation numbers and I’m optimistic that a summer as action-packed as this, with more days broadcast than ever before, will continue to inspire more women and girls to play and watch the game.”