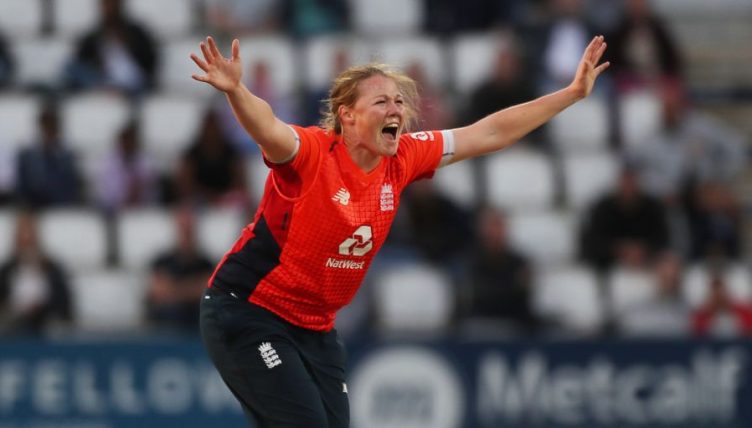 India were put in to bat by England captain Heather Knight and scored 123 for six from their 20 overs, with Smriti Mandhana top-scoring with 45 from 40 balls.

Shrubsole (three for 31) ensured India’s batting line-up was not allowed to gain any momentum after Katherine Brunt had Mandhana caught behind by wicketkeeper Amy Jones in the 10th over.

In reply, Jones was dismissed for one in the final ball of the first over and when Danni Wyatt and Brunt were out in quick succession, the world champions were wobbling on 28 for three.

Knight (18) and Sciver (50) steadied the reply, with England reaching their target with seven balls to spare.

England are now top of the table with two wins from their three games. An Australia win over India on Saturday would secure a spot in the final for both Australia and their Ashes rivals. But if India were to win that game then it would all come down to Sunday’s final group game between England and Australia and some net run-rate fun.