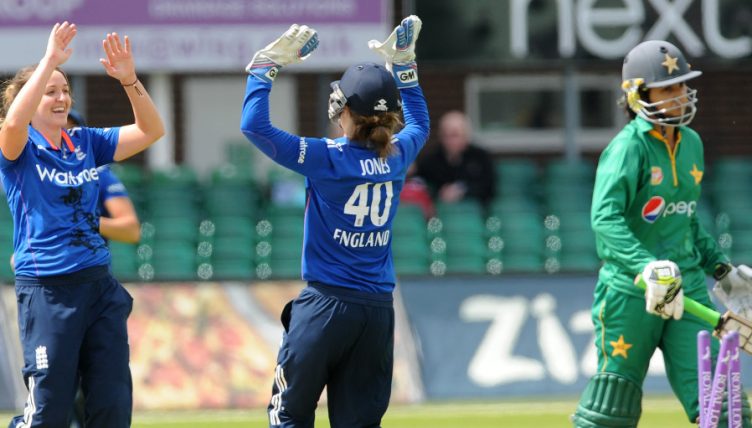 England’s women will look to put their Ashes disappointment firmly in the rear-view mirror after their latest squad for their T20 and ODI series’ in Malaysia was announced.

Heather Knight’s side will take on Pakistan in three one-day internationals and three Twenty20s between December 9-20, with Ali Maiden overseeing a 15-strong squad in an interim capacity.

The series is a welcome return to action for the side after enduring a torrid time on home soil versus Australia in the summer.

England won just one of the seven encounters that comprised the women’s Ashes – the lone victory coming after the series had already been decided.

World Cup-winning head coach Mark Robinson paid the price for the woeful Ashes when he departed in August and his replacement, Australian Lisa Keightley, will not begin her reign until the new year, following her commitments in the Big Bash League.

Keightley, who has previously headed up the England Academy and the Australia national side, will be travelling to Malaysia to meet, greet and assess a group that includes Worcestershire leg-spinner Sarah Glenn for the first time, as well as recent debutant Mady Villiers and the returning Freya Davies.

The new boss will no doubt have ideas of her own about how to re-energise a squad that has under-delivered in 2019, but Lancashire seamer Kate Cross has revealed that job is already under way after a team get-together.

“It started about eight weeks ago,” said Cross.

“We were at the stage where we didn’t have a head coach and I think the idea came from Heather. Whoever came in, whether it was for Kuala Lumpur or afterwards, we wanted to start that process of moving things forward.

“It felt like there was a change of tone in the room. With that group of players in the room, I don’t know how many caps and experience there was, but it was incredible.

“We said as a group that we didn’t achieve what we should have in the Ashes. We shouldn’t have lost all those games (England drew the only Ashes Test but lost five out of six white-ball matches) because we’re not a bad team. We talked about things ‘at our best, at our worst, what does our foundation look like?’. We as players had to lead that – people like Katherine Brunt, who’s been around as long as I can remember, Heather as captain, a lot of girls who’ve won the World Cup.

“It was important for us to take more ownership and be more responsible for what we do on the pitch.

“The Ashes was really difficult for us and something had to change. It was a blessing and a curse. We had to highlight the changes that really change a group of players because we know how much we have to improve.”

Cross laid no blame at Robinson’s door, hailing his work in overhauling the professionalism of the side and describing his exit as an example of “the brutality of sport”, but is enthused by Keightley’s imminent arrival.

The pair’s relationship had a tricky start, with Keightley axing Cross from the England Academy several years ago, but the pair enjoyed a fruitful time together over two seasons at Perth Scorchers.

“She’s probably seen me on both ends of the spectrum, at my best and worst,” Cross said.

“She’ll have things she wants to bring to the side and to say she’s the first female in the professional era to coach the team is great. It shows how good she is.

“The system under her in Western Australia is incredible – she’s changed what a professional women’s team looks like.”