Jones sets up another victory for England in Kuala Lumpur 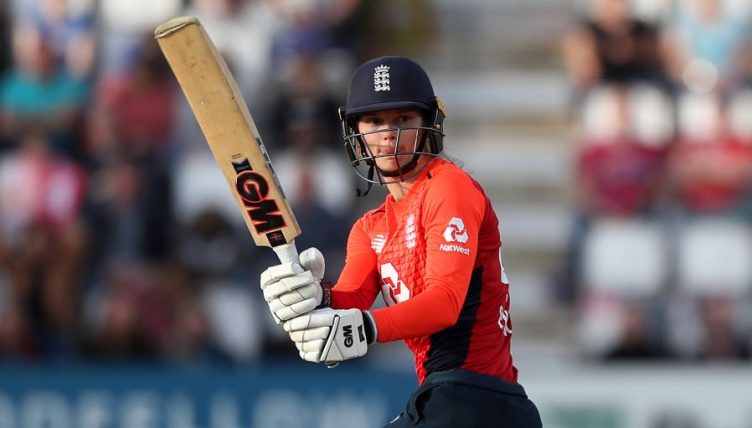 Amy Jones set England Women on their way to a winning start to their T20 International series against Pakistan with a 29-run victory in Kuala Lumpur.

Opener Jones struck 10 fours in her 39-ball 53 to lay the foundations for England’s 154 for four at the Kinrara Oval.

Nat Sciver (34 not out) and Tammy Beaumont (30) were also amongst the runs after England, who defeated Pakistan 2-0 in the one-day international series, had been sent in to bat.

Pakistan were always up against it in their run chase after losing openers Nahida Khan and Javeria Khan for ducks in Freya Davies’ opening over.

Captain Bismah Maroof kept her side in contention with a patient 60 but she was one of only three players to reach double figures as two batting collapses ultimately put paid to Pakistan’s chances.

They slumped from 47 for two to 61 for six, and then lost their last four wickets for the addition of just four runs in eight balls as they were dismissed for 125 – Maroof the last wicket to fall.

All-rounder Sciver followed up her contribution with the bat by taking two for 12 off three overs, while Sophie Ecclestone finished with three for 21 as England went 1-0 up in the three-match series.