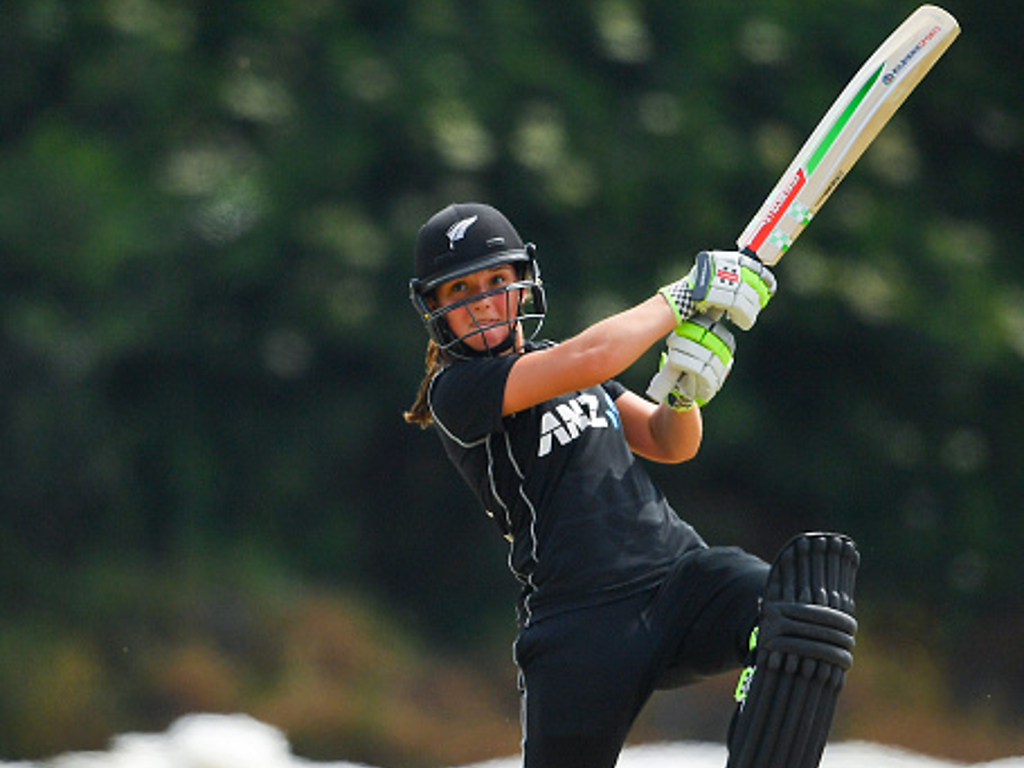 White Ferns teenager Amelia Kerr has written herself into cricketing folklore by batting an entire innings to score an unbeaten 232 and break Belinda Clark’s 20-year-old record for the highest score in women’s ODI cricket.

The 17-year-old struck 31-fours and two-sixes in her 145-ball epic, as the White Ferns posted 440-3 in the first innings of their third and final One Day International against Ireland, at the Clontarf Cricket Club in Dublin.

The Wellington Blaze right-hander, who had only scored 174 ODI runs before the match, finished the innings with a four-four-six sequence to surpass former Australian captain Clark’s 229 not-out, set against Denmark in 1997.

Kerr was also involved in the second-highest partnership in women’s ODI cricket, as she and Otago Sparks all-rounder Leigh Kasperek (113) piled on 285-runs for the second-wicket.

The youngster was in fine form with ball in hand as well as she completed a simply incredible double feat by taking 5/17.

The achievement is without parallel in both the women’s and men’s games.

Ireland would tumble to 133 all out to lose by 305 runs in yet another chastening defeat for the hosts who will likely be pleased that the series against New Zealand is now over.