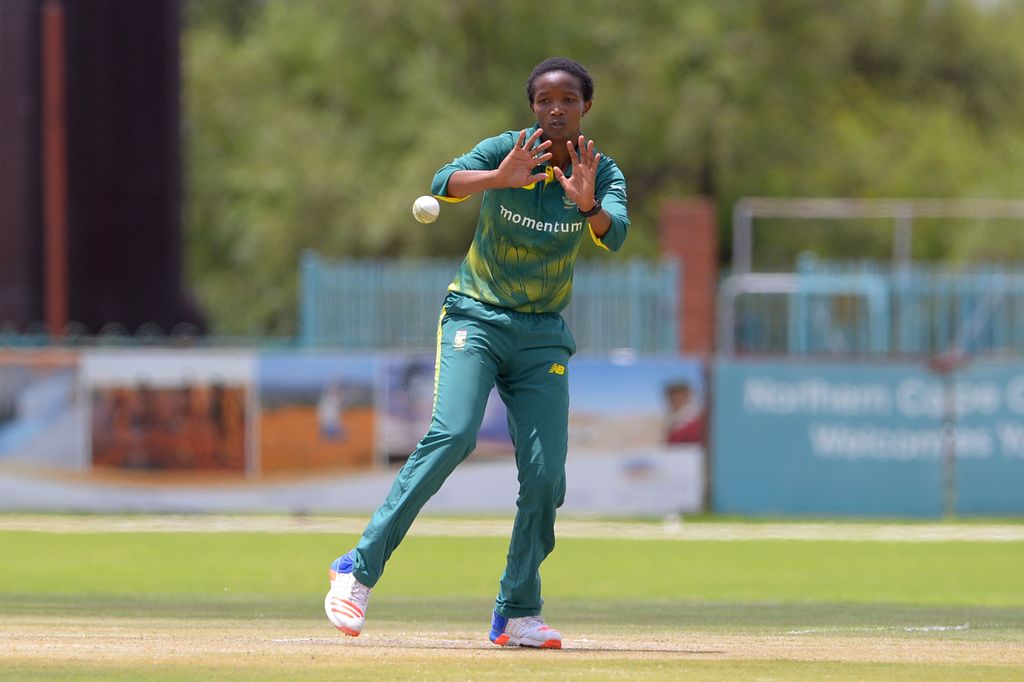 A sensational performance by the bowlers, led by Ayabonga Khaka and Raisibe Ntozakhe set up the Proteas women’s nine-wicket victory over Bangladesh in the second ODI at Senwes Park on Sunday.

South Africa lead the five-match series 2-0 as it moves venues to Kimberley for the next two matches.

The pair took six wickets between them as South Africa skittled the tourists out for 89 runs in 39.5 overs after captain, Rumana Ahmed won the toss and elected to bat first.

Khaka got their innings off to a nightmare start, accounting for top three batters Sanjida Islam (5), Murshida Khatun (1) and Fargana Hoque (0), reducing the visitors to 10/3 inside the first six overs of the match.

She ended her six-over spell with exceptional figures of 3/13 (1 maiden), claiming her 50th ODI wicket as she went.

Ntozakhe was equally impressive, picking up 3/16 in her 10 overs. Her offbreaks returning Nigar Sultana, Salma Khatun and Jannatul Ferdus to the hut for 17, five and none respectively.

Chloe Tryon (1/5), captain Dané van Niekerk (1/10) and Masabata Klaas (1/16) kept the pressure mounting, chipping in with one wicket each before Nahida Akter was run out by the latter to end a lacklustre effort from the visitors.

The Proteas made quick work of the chase and, although they lost Lizelle Lee for 32 in the 12th over, cruised to victory with 33 overs to spare thanks to Laura Wolvaardt (37*) who steered the remainder of their innings well with Trisha Chetty (13*).

Bangladesh will look to save the series when the teams meet for the third ODI at the Diamond Oval in Kimberley on Wednesday.