Luus Lashes England to get Proteas back in the tri-series 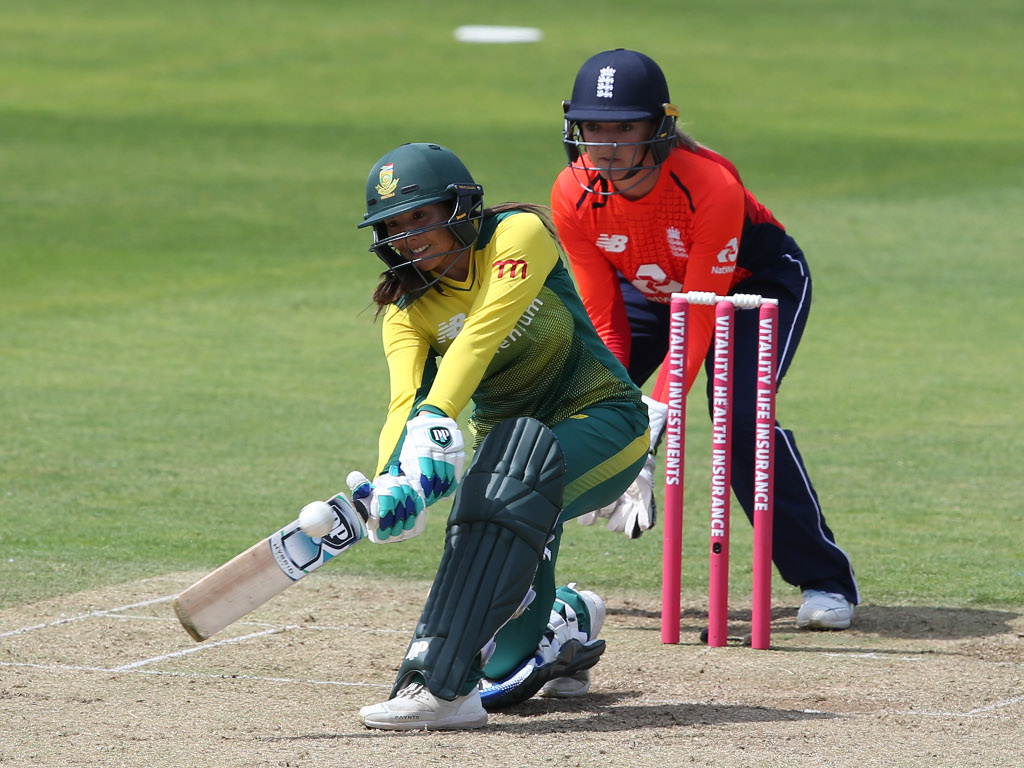 Half centuries from Lizelle Lee and Sune Luus helped the Proteas to a six wicket win over England in their T20I tri-series match at Taunton.

England won the toss and elected to bat by South Africa seized the initiative with an early wicket.

Danni Wyatt (1) danced down the track to Raisibe Ntozakhe in the first over but could only chip the delivery to Mignon du Preez at backward point and England were 2 for 1.

Tammy Beaumont was in glorious form once more and was joined by Sarah Taylor (20) who looked good until she chased a wide one from Shabnim Ismail and was caught by Du Preez in her customary position.

The England innings stuttered as wickets continued to fall at regular intervals fro the Proteas with Zintle Mali accounting for Natalie Sciver (16) and Katherine Brunt (6) to leave the hosts 93 for 4 with 38 balls remaining in the innings.

Beaumont would come to the fore though as she was joined by skipper Heather Knight.

Hitting South Africa all over the park – @Tammy_Beaumont in amazing form 👏

A Beaumont blitz lifted England to 141 until she swung across the line against the bowling of Ismail (2/27) and could only play on to end her innings on 71.

Knight (35*) blasted her way to the finish though to give England a defendable total of 160/5.

Lee would soon wrestle the game back for the Proteas though despite the early loss of Laura Wolvaardt (0) who was castled by a late inswinger from Anya Shrubsole in the first over.

A 103-run second wicket stand between Lee (68) and Luus powered the Proteas to 109 before the former holed out to Sciver on the midwicket fence to give Shrubsole her second wicket.

Sophie Ecclestone’s double strike in the 18th over was not enough to stop Luus (63) from guiding the Proteas past the total.

The allrounder ended the match in style smashing Brunt for six over midwicket to keep the Proteas in the tri-series.