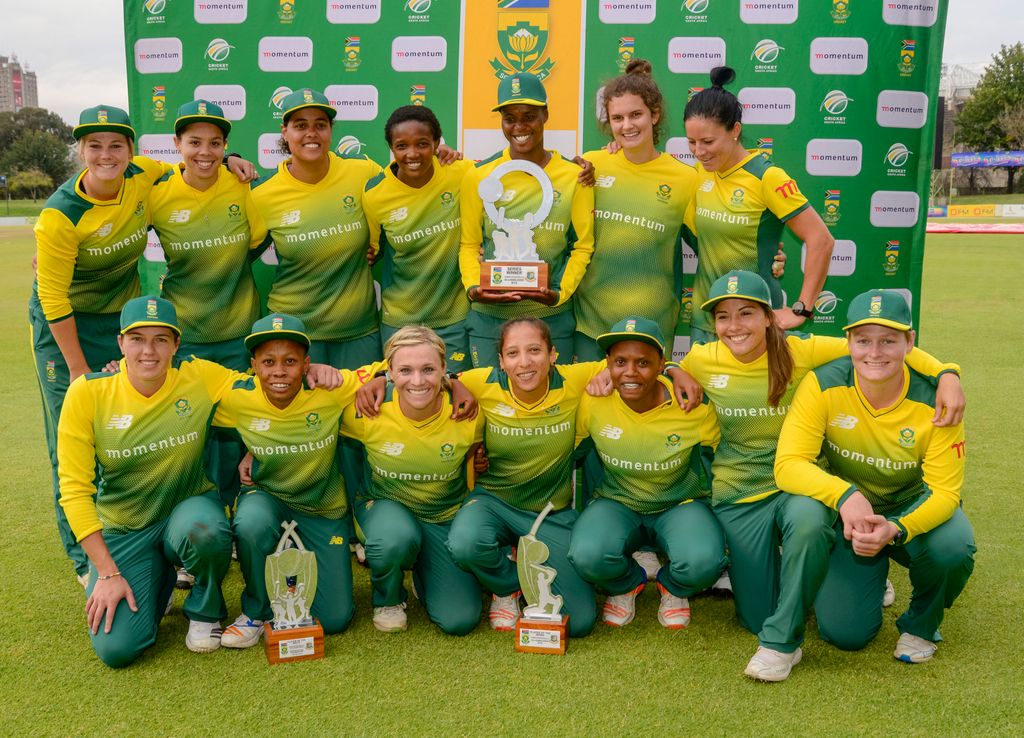 Cricket South Africa (CSA) on Monday, named the Momentum Proteas Women’s squad that will travel to England from 03 June to 01 July.

The tour, which will take place across six venues will feature a three-match ODI series as part of the ICC International Women’s Championship (IWC) and a T20 triangular that will include New Zealand.

Rookies, Zintle Mali, Stacey Lackay and Tazmin Brits have been included in the squad following impressive contributions for the team during the recently concluded Bangladesh tour to South Africa where the hosts completed historic clean sweeps of both the five-match ODI and three-match T20 series.

Proteas Women’s convenor of selectors, Clinton du Preez said: “This tour of England was a great opportunity for us to take 15 players along, also to give players who have performed at provincial level an opportunity to further prove themselves in tougher conditions.

“We thought of the opportunity of getting them in with the intentions of planning ahead for the 2018 World T20 in West Indies, looking at one or two options who can bolster our squad.

“Having looked at the performances during the Bangladesh T20 series, there is enough for us to be happy about for the future and I think together with the core players in our team, we’re looking forward confidently to putting up top performances in England against two of the top teams in world cricket.

“We’re also placing a great focus on the preparation for the T20 World Cup because that for us is key at the moment.”

The T20 triangular series will play a big part in South Africa’s preparation for the 2018 Women’s World T20 which is due to take place in the West Indies in November.

“The IWC program right now gives us enough time to have a look at combinations, have a look at players coming in, especially players who have just made their debuts recently.

“It’s a great opportunity for them to blend into the squad and to also be a part of the joys of being a national player. We are confident that the England tour will see some of the most exciting cricket from this team yet.”