Scotland hunting another piece of history as the WWT20 Qualifier begins 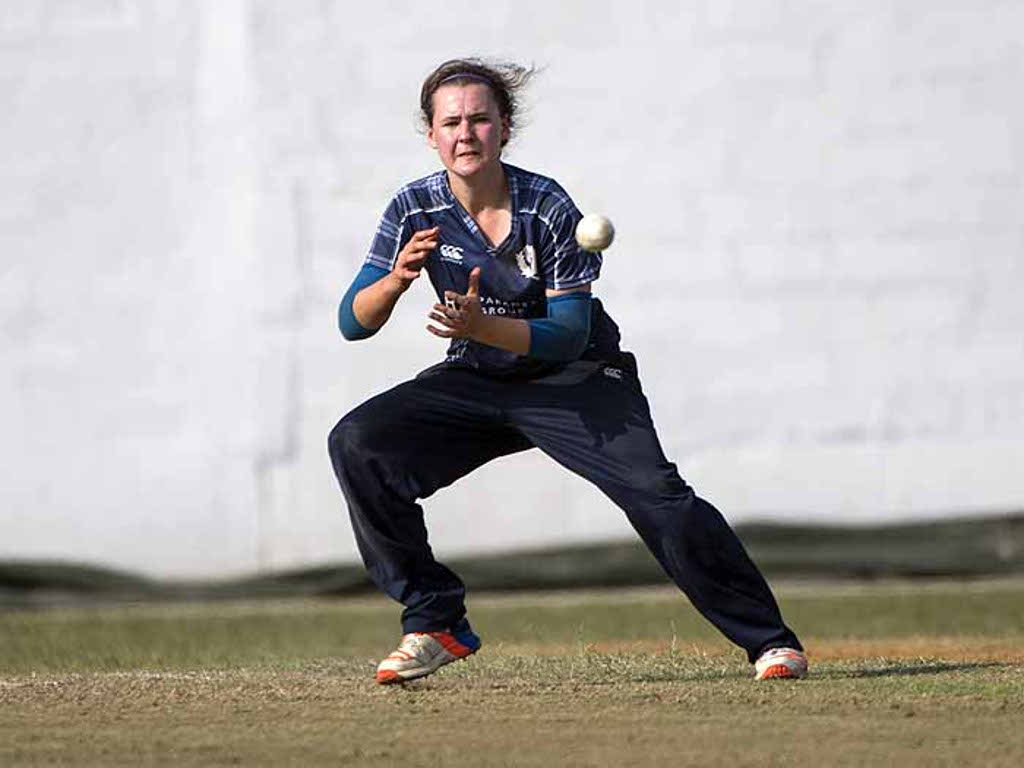 Ahead of the ICC Women’s World T20 Global Qualifier in the Netherlands, Jake Perry talks to Kathryn Bryce, Sarah Bryce and Head Coach Steve Knox as they look to take Scotland to the final stages of a major tournament for the first time.

Eleven months after winning the ICC Europe/Americas Qualifier in Stirling, Scotland’s Women will begin the last round of their bid to reach the 2019 ICC Women’s World T20 at Amstelveen’s VRA Cricket Ground on Saturday. The group match against Uganda will be the first of three in the initial stages of the Global Qualifier as the national team looks to improve on the fourth-place finish they recorded in Thailand three years ago and so reach the finals of a major ICC tournament for the first time in their history. 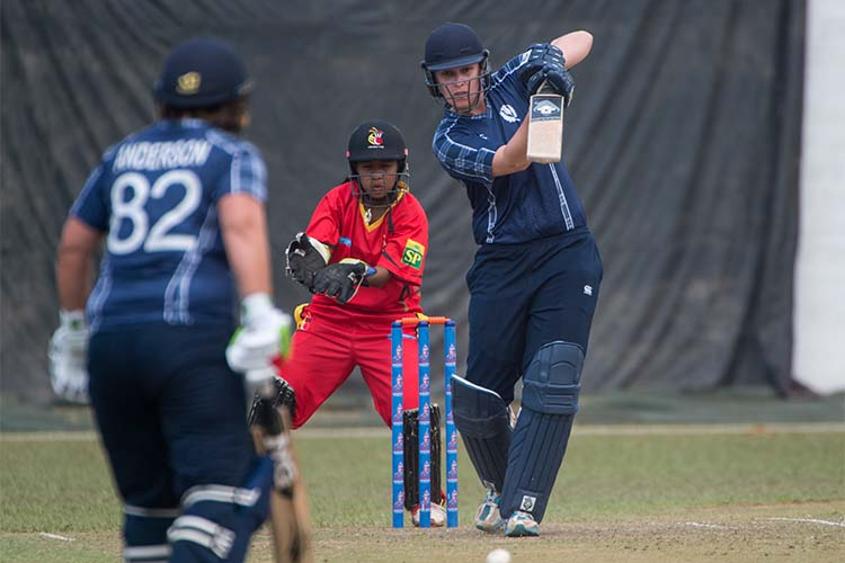 Steve Knox’s side goes into the competition in the best possible position having just completed the T20 leg of their domestic summer. Although promotion to Division One of the Vitality Women’s Twenty20 Cup was to ultimately prove elusive, the Scotland Head Coach is pleased to have had the opportunity to focus on the format for an extended period of time.

“It’s been a busy six weeks down in England but it’s been great in terms of getting time in the middle,” he said. “With the weather we’ve been having we’ve played every single game, too, so we couldn’t have wished for a better preparation.

“T20 is a very tactical game. It’s about getting the right people into the right positions and that’s why the past few weeks have been so important. The girls are in form and everyone knows their role within the team, so now it’s just a case of performing on the day.”

With several regulars unavailable for the Netherlands, Scotland’s squad includes a number of international rookies alongside experienced campaigners. 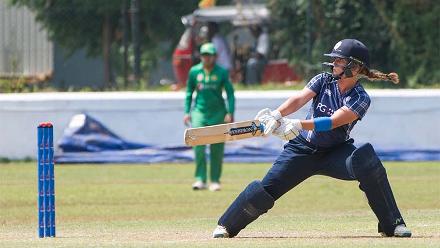 “The senior players have really important role to play,” said Steve. “There are seven guys in the squad who have played fifty games or more and people like Abbi [Aitken] and Jacko [Lorna Jack] will be very important, especially with the new faces in the squad.

“We know we’re still a work-in-progress but we’re definitely improving and we’re certainly [further on than we were] twelve months ago. But regardless of what happens over the next two weeks we’re moving in the right direction, and with it being such an inexperienced squad that’s going to continue [beyond this tournament].”

The Global Qualifier will also be the first major assignment for Kathryn Bryce as captain, and the twenty-year-old all-rounder is looking forward to the challenge that the next fortnight will bring.

“I’m really excited and a bit nervous but I’m taking it as it comes,” she said. “Putting together tournament performances is a bit different from going game-to-game so it will be a different challenge, playing [against Uganda] then resetting and going again the day after [against Ireland].

“It’s quite a new squad compared to what we’ve had in global competitions before but we’ve been together since the end of last summer and we’re starting to see solid performances from a lot of people,” continued Kathryn. “Over the past few years we hadn’t really scored 120 many times before whereas this year we’ve been consistently doing that, especially over the last few weekends.” 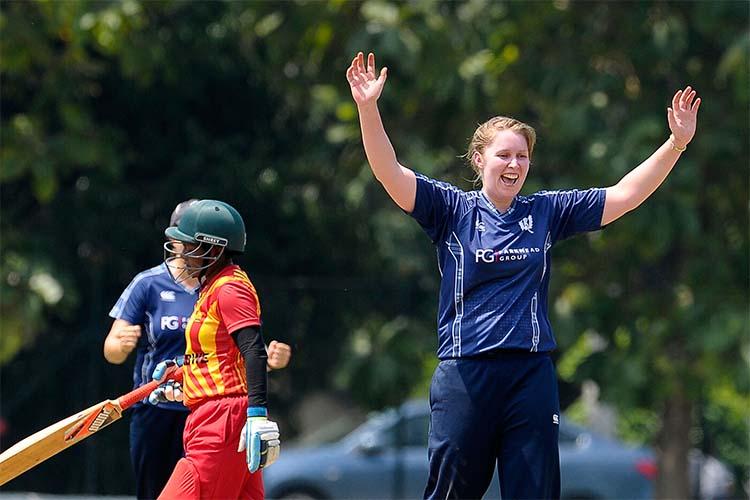 With 203 runs at 40.6 in domestic T20 wicketkeeping all-rounder Sarah Bryce has been central to that success and the eighteen-year-old is keen to carry that form into the Qualifier.

“It’s been a pretty good season for me so far, I’ve had a couple of fifties and a really good opening partnership with Jacko,” she said. “But the whole of the top order has been chipping in with runs. We haven’t been relying on any one player in particular and that’s really important for us going into the tournament.

“We won seven out of eight games down in England so we’ve got some momentum to build on.”

The Global Qualifier will be Scotland’s third in succession after appearances in Thailand and Sri Lanka, and the team will look to take advantage of what will be more familiar playing conditions this time around.

“Hopefully we can make the most of the conditions especially playing against teams like Bangladesh who we’ve previously played in conditions which are more familiar to them,” said Sarah. “All being well we can use that to our benefit.”

“It’s a bit strange to be playing the Qualifier in Europe because we were almost expecting to be somewhere like Sri Lanka or Thailand,” added Kathryn. “The conditions there are so different with the heat and everything like that, so it’s nice knowing that that we won’t be facing that this time.

“We don’t know exactly what it will be like but it’s good to be going somewhere that will maybe give us a little bit of an advantage. Hopefully the ball is going to move around a bit early on and then the spinners will play a big role I think.”

The side will find inspiration in the achievements of their male counterparts, too, as they look to crown what has already been an historic summer for cricket in Scotland with what would arguably be the greatest achievement of all. 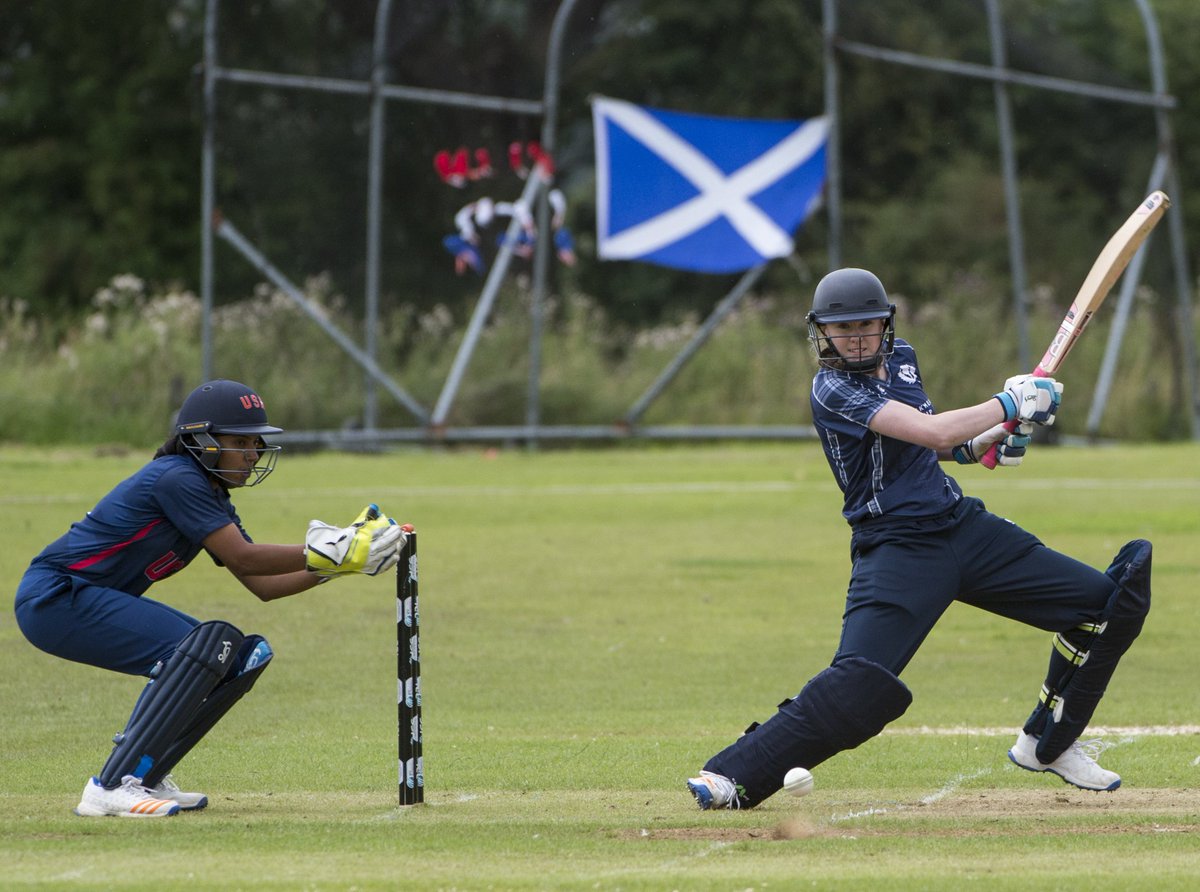 “We were on our way back from Hampshire when the game against England was going on and the girls were absolutely buzzing,” said Steve Knox. “When the Channel Five highlights came on we stopped and had dinner and watched them on about six tablets and it was brilliant. You could see the girls almost puff their chests out a little bit more seeing what was possible and we’ll certainly be using that over the next two weeks, absolutely.”

And with recent results demonstrating the closing gap within the women’s game, too, Scotland will begin their campaign knowing that anything is possible.

“[Uganda’s win over Zimbabwe and Thailand beating Sri Lanka] shows how much women’s cricket has grown,” said Kathryn. “Two or three years ago those teams wouldn’t have dreamed of beating the others.

“It also shows how a T20 game can go either way if you have a good day or a bad day, and I think that could be an advantage for us especially going up against Bangladesh and Ireland who are ranked above us.

“Anyone is beatable and qualification is not out of reach at all.”