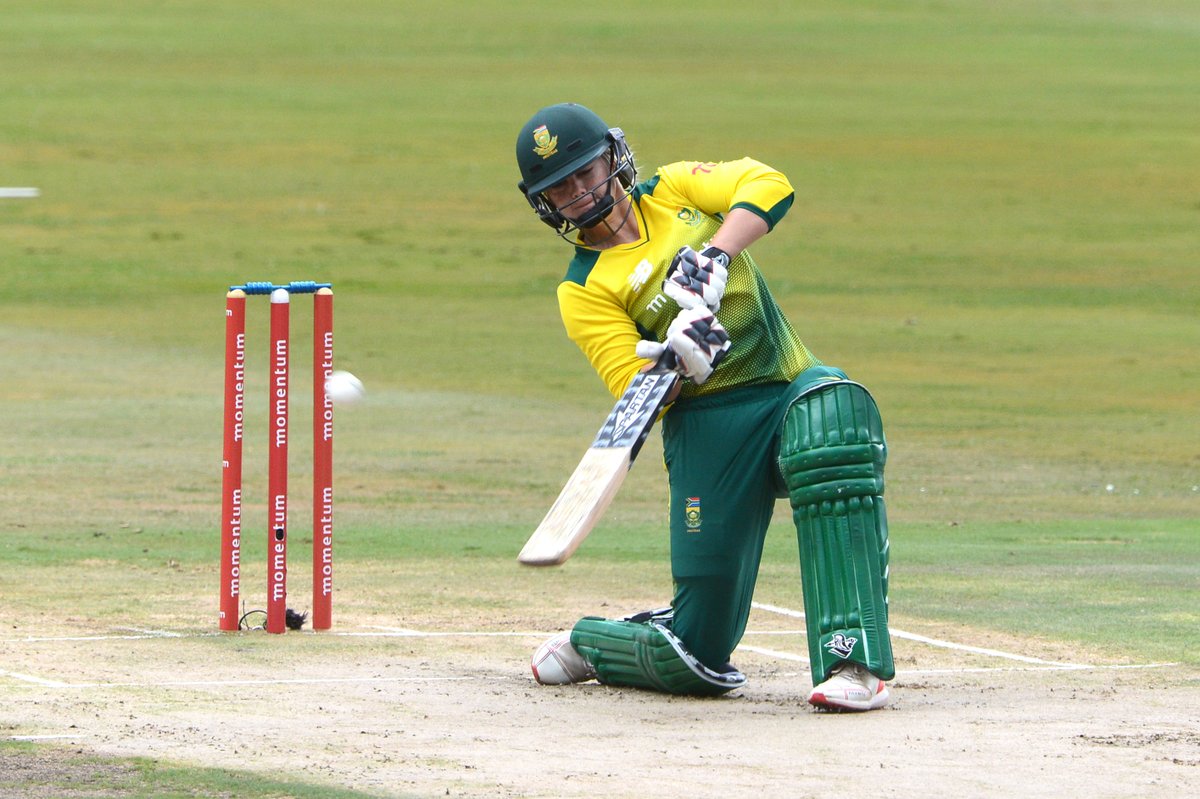 A quickfire half century from Dane Van Niekerk helped the Proteas Women post a total of 169 for 4 in their T20I against Bangladesh which was enough for a 32 run win.

Bangladesh won the toss and elected to field first striking early to remove both Proteas openers in the first five overs.

Lizell Lee (4) departed in the opening over while debuatant Tazmin Brits struggled to 10 off 10 balls before becoming the first of Panna Ghosh’s two victims.

But that brought together the pair of Sune Luus and skipper Van Niekerk who took the Bangladesh bowling to task in a 96 run stand that formed the backbone of the Proteas effort.

Luus would top score with 71 but Van Niekerk’s superior strike-rate was vital in reaching a big score.

Chloe Tryon (18) smashed a few at the death after Van Niekerk was castled by Nahida Akter.

Early wickets for Marizanne Kapp and Shabnim Ismail put the tourists under the pump from the outset though they would look competitive while Shamima Sultana (50) and Fargana Hoque were adding 77 for the third wicket.

When Sultana was bowled by Ayabonga Khaka in the 17th over the Proteas had all but sealed the match.

The Proteas lead the three match series 2-0 with the final game to be played on Sunday May 20 at the Mangaung Oval in Bloemfontein.