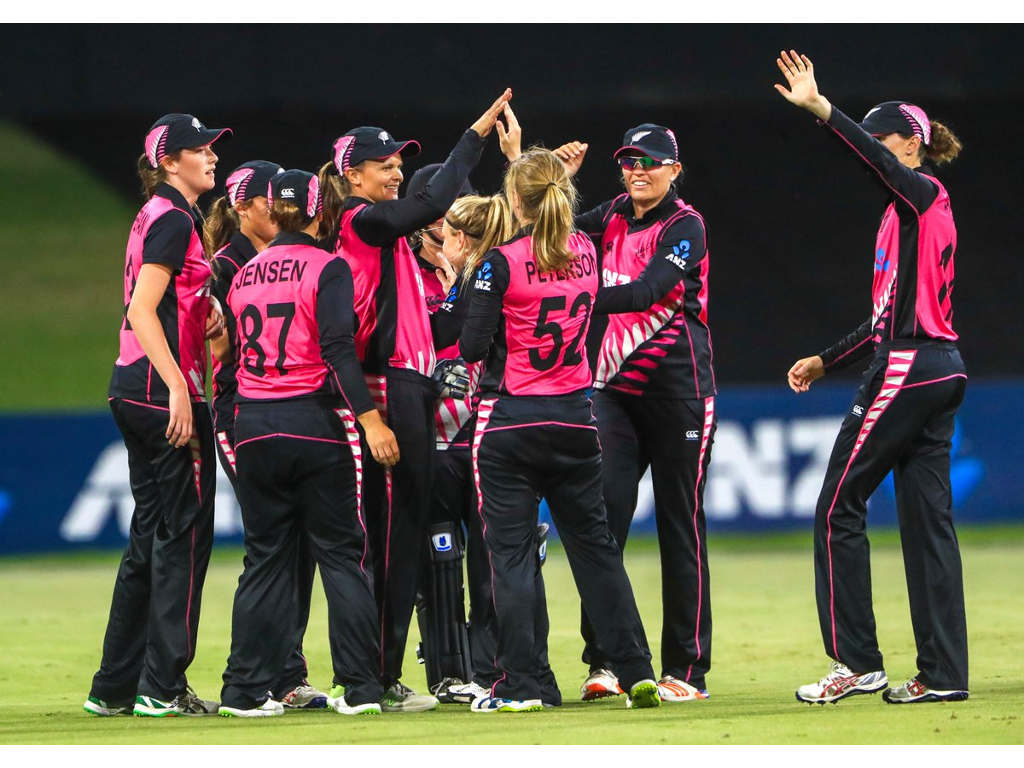 Katey Martin and Amy Satterthwaite shone under the lights at Bay Oval with a record breaking partnership as the White Ferns secured a 106-run victory in the second T20 international against the West Indies.

The duo put on a masterful 124 runs for the third wicket to see the White Ferns post an imposing total of 185-3 from their 20 overs under the lights at Bay Oval.

The bowlers then backed up the efforts of Martin and Satterthwaite by taking four wickets within the first five overs to limit the T20 world champions to 79-8.

Sophie Devine and Suzie Bates got the White Ferns through to 33-0 before Bates (14) chopped onto her stumps in the fifth over. Devine (27) was next to go, caught in the deep to leave the White Ferns 52-2 after six overs.

The dismissal saw Amy Satterthwaite join Katey Martin at the crease, with both players brimming with confidence after decent scores in the opening match.

The left-right hand combination caused the West Indies all sorts of problems as the pair frequently picked out the gaps in the field with a mixture of traditional shots and innovative strokes around the ground.

It only took Martin and Satterthwaite 32 deliveries to bring up a fifty run partnership as the Whute Ferns ticked over the 100 run mark in the 13th over.

Satterthwaite hit six fours and two sixes en route to a half century off just 28 deliveries before Martin scored her second straight fifty from 35 balls. 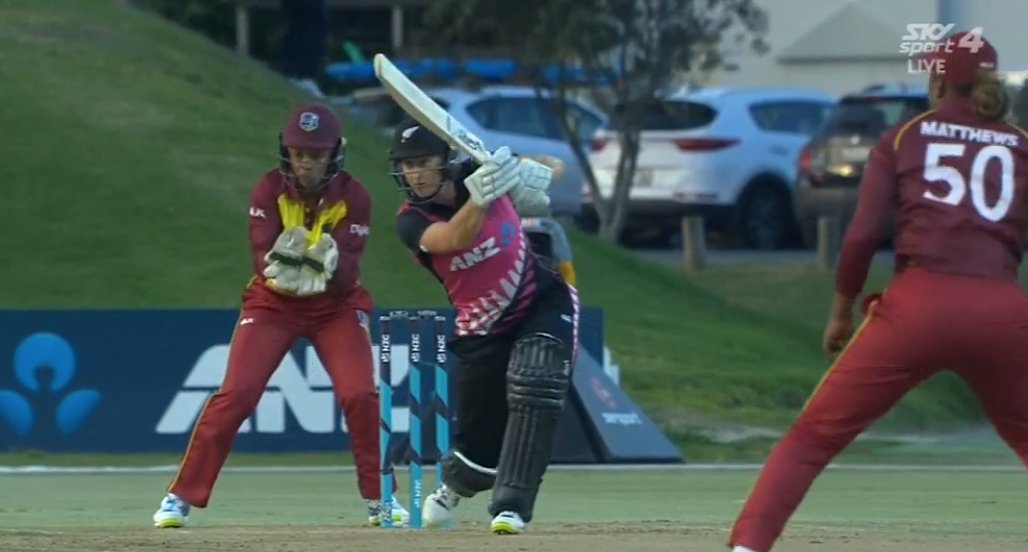 The milestones were falling as quickly as the runs were flowing as the pair raced past the 100 run partnership off 57 balls before surpassing the mark set by Suzie Bates and Aimee Watkins for the highest partnership by a New Zealand duo in a T20.

Martin was unlucky to pick out Stafanie Taylor at cover in the final over as Satterthwaite guided the White Ferns through a total of 185-3.

The West Indies were going to need their big guns to fire if they were to mount a challenge, but the White Ferns did the damage early with the ball.

Sophie Devine managed a second wicket in her first over to leave the Windies 30-4.

Leigh Kasperek got among the wickets with the dismissal of Merissa Aguilleira (16) and Britney Cooper (5) while fellow spinner Amelia Kerr kept it tight at the other end.

Devine picked up a third before debutant Kate Heffernan capped off a great night out with her first international wicket.

The five-match series moves to New Plymouth for game three on Tuesday.