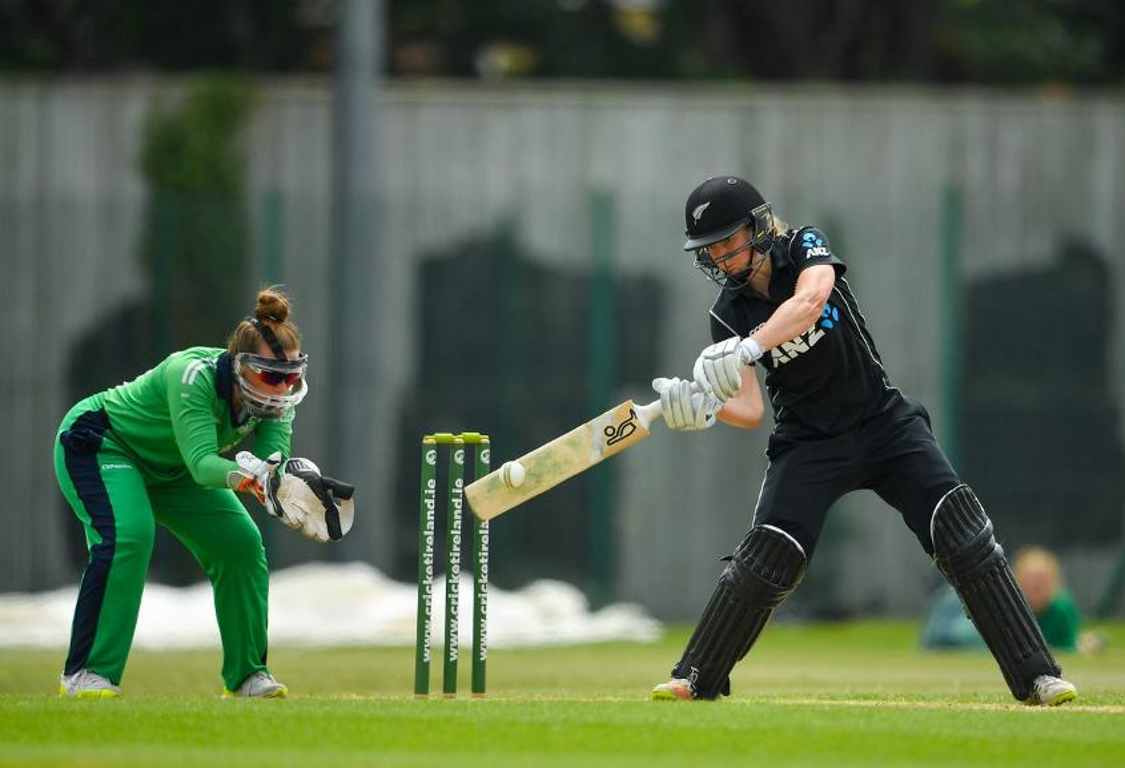 The White Ferns smashed the biggest ever total in ODI cricket history as they smashed Ireland by 346 runs in Dublin.

New Zealand skipper Suzie Bates won the toss and chose to bat first and she would take full toll of a helpful surface bashing 151 off 94 balls herself.

Bates would be stumped with a first ever women’s ODI double century left to go begging.

The skipper also became the leading runscorer for the White Ferns in Women’s ODI’s in the process.

At the onset Bates was accompanied by Jess Watkin who hit 77 off just 45 balls but a one-handed boundary catch from Rachel Delaney saw Ireland see the back of the opener.

Maddy Green went past fifty for the first time in ODI cricket and went on to record her maiden ODI hundred as she too brought up three figures.

Once Bates departed there was no sign of the White Ferns, who may have already felt they had the game in the bag, letting up at all as teenaged leg-spinner Amelia Kerr smashed 81 off 45 balls.

New Zealand fell just short of being the first team to pass 500 runs in an ODI reaching 490 for 4 in their fifty overs.

Ireland meanwhile picked up some unwanted records as Cara Murray conceded 119 runs for her two wickets.

The Irish were able to avoid suffering the largest runs defeat in Women’s ODIs at the very least despite losing wickets early and often.