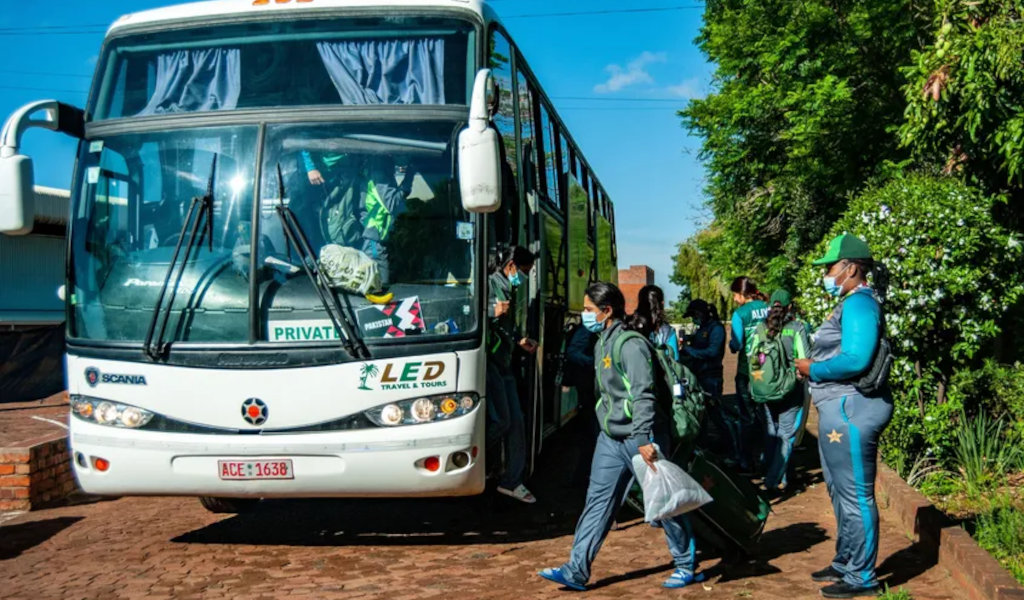 The International Cricket Council announced that the ICC Women’s Cricket World Cup Qualifier 2021 in Harare has been cancelled.

Due to the introduction of travel restrictions from a number of African countries, including the host country Zimbabwe, following the breakout of a new COVID-19 variant in southern Africa, it became impossible to continue the tournament.

The decision was taken during the preliminary league phase of the nine-team tournament, that was to decide the final three qualifiers for the ICC Women’s Cricket World Cup 2022, to be played in New Zealand, as well as two additional teams for the next cycle of the ICC Women’s Championship.

The qualifiers will now be decided according to the team rankings as detailed in the tournament playing conditions. Therefore, Bangladesh, Pakistan and the West Indies will now progress to the event in New Zealand.

No option for ICC

Play in two of the three matches scheduled for Saturday – Zimbabwe v Pakistan and USA v Thailand – started as scheduled, but the third fixture of the day, between the West Indies and Sri Lanka, could not be staged as a member of the Sri Lanka team support staff tested positive for COVID-19.

“We are incredibly disappointed to have to cancel the remainder of this event but with travel restrictions from a number of African countries being imposed at such short notice there was a serious risk that teams would be unable to return home,” ICC Head of Events Chris Tetley said.

“We have explored a number of options to allow us to complete the event but it isn’t feasible and we will fly the teams out of Zimbabwe as soon as possible. Bangladesh, Pakistan and the West Indies will now qualify for the ICC Women’s World Cup 2022 by virtue of their rankings, whilst Sri Lanka and Ireland will also join them in the next cycle of the ICC Women’s Championship.”

The teams who have qualified for the ICC Women’s Cricket World Cup 2022 to be held in New Zealand from 4 March to 3 April are Australia, England, India, South Africa, New Zealand (hosts), Pakistan, West Indies and Bangladesh.

The number of teams in the third cycle of the ICC Women’s Championship (from 2022-2025) has been increased from eight to ten, and these teams will be Australia, England, India, South Africa, New Zealand, Pakistan, West Indies, Bangladesh, Sri Lanka and Ireland.