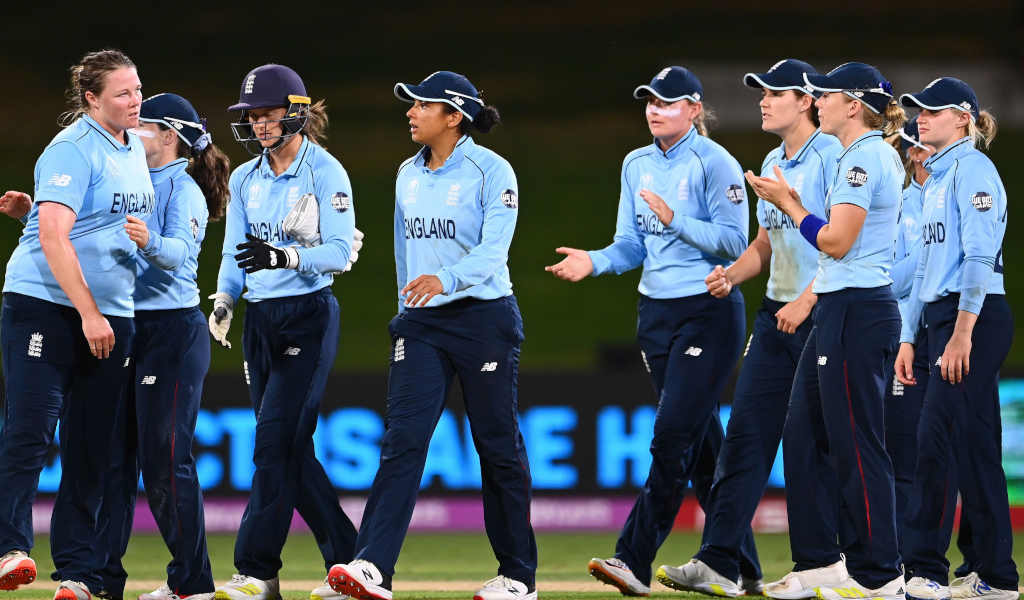 Anya Shrubsole acknowledged England just had to get “over the line” after the defending champions kept their slim Women’s World Cup semi-final hopes alive with a four-wicket triumph over India at Mount Maunganui.

Captain Heather Knight led from the front with 53 not out as England chased down India’s below-par 134 with more than 18 overs remaining to register their first victory of the competition, having lost their opening three matches in New Zealand.

“There was no discussion about how quickly we wanted to chase it down,” seam bowler Shrubsole said when asked whether the side were thinking about the net run-rate, which could come into play for semi-final qualification.

“We’ve obviously lost our first three games, so it’s all about getting over the line.

“I think the way that Heather batted to see us there, I don’t think I need to go into how we chased it… we chased it and I think that’s all that really matters.”

England managed to eradicate the fielding mistakes which had proved costly against the West Indies and South Africa, in particular, and Shrubsole is optimistic they have put such errors to bed.

“I really hope (that those mistakes are in the past),” she said.

“I think that’s much closer to where we’re at as a team.

“We haven’t shied away from the fact that we’ve been really poor in the field in the first three games, the last two in particular, and it’s good to put some of that right today and hopefully it’s a step in the right direction for us moving forwards.”

England back in the Women’s World Cup

Twenty-one-year-old Charlie Dean finished as the pick of the bowlers, with figures of four for 23 in only her second World Cup match, earning the praise of her more experienced team-mate.

“I’m absolutely buzzing for Charlie,” Shrubsole said. “Obviously this is her first World Cup, to come in and bowl as well as she did in what was a really high-pressure game… I’m over the moon for Deano.

“She’s someone who’s really popular around this group and is an immensely talented cricketer and hopefully she’ll be taking wickets for England in World Cups for years to come.”

India bowler Jhulan Goswami, who claimed her 250th ODI wicket, said of the match and the upcoming clash with Australia: “I think in this World Cup every match is very much important, and every match is not easy, you can’t predict, and definitely we have to bounce back.

“We have to recollect everything, have a few days, we will definitely sort out whatever things are there and definitely go out and play positive cricket.”