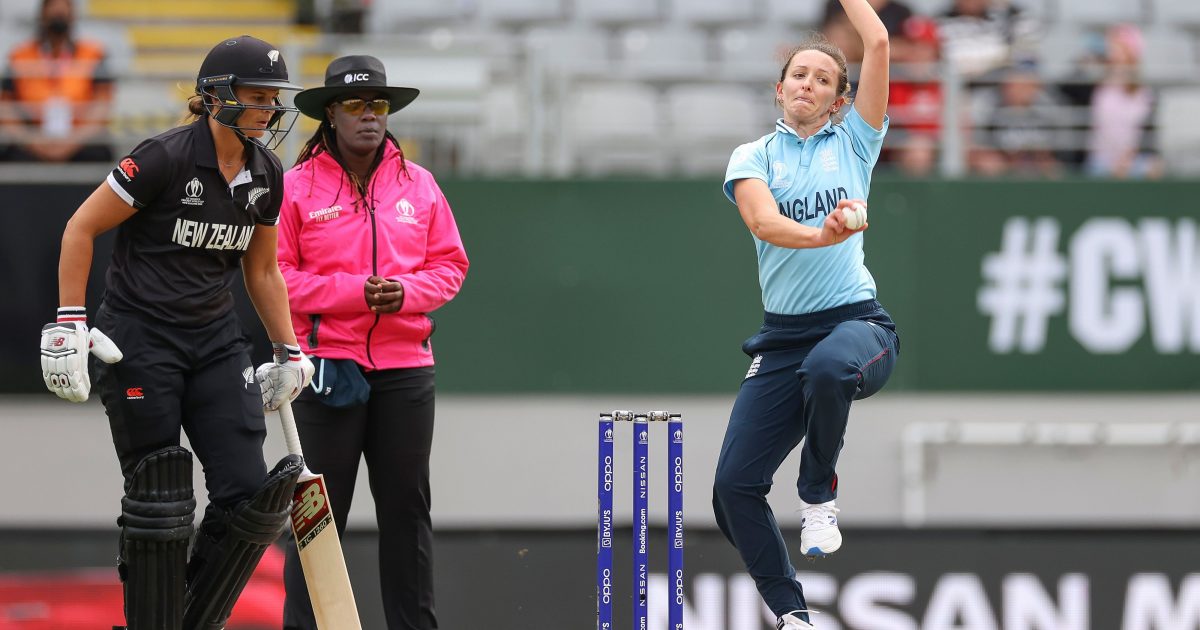 Bowler Kate Cross admitted England were still searching for the “complete performance” at the Women’s World Cup after a nail-biting one-wicket win against New Zealand in Auckland.

England kept alive their hopes of reaching the semi-finals and defending their world crown after surviving a batting collapse while chasing 204 for victory.

The defending champions slipped from 176 for four in the 41st over to 196 for nine in the 46th before last-wicket pair Charlie Dean and Anya Shrubsole saw them home.

Cross said in an interview with the England and Wales Cricket Board: “Very-much relieved, yeah. We don’t do things by halves do we?

“I think it’s about parking this now and making sure we can move forward and do what we do well. We’ve not had that complete performance yet, so we’ll look for that.

“We’ve been searching for that this whole World Cup. It’s not like we’re not trying. Sometimes I think cricket can be a bit strange.

“I guess the good side of it is you can take yourself out as a neutral and you’ve just played an incredible nail-biter in front of a packed-ish Eden Park.”

The visitors won the toss and opted to bowl, with Manchester Originals duo Cross and Sophie Ecclestone each taking three wickets and Dean collecting a pair as New Zealand made 203 in 48.5 overs.

Nat Sciver top-scored for England with 61 while captain Heather Knight made 42 and following their late collapse veteran Shrubsole roared with delight after knocking the winning single.

Cross said she was confident Shrubsole and Dean would hold their nerve to get England over the line.

“Yeah, very confident,” she added. “Anya’s not a number 11, Charlie Dean is not a number 10. I think the fact we bat so deep is a massive positive for this team.

“When we get to crunch moments like that you know we’ve got players who have batted so well for us over the years.

“However, it’s never nice when you know you’re that last wicket. It’s difficult to play your shots knowing that effectively you could lose it.

“So I’m so pleased for them both, so pleased for Anya, especially after the disappointment of the West Indies game when we couldn’t quite get over the line. There’s a lot of relief.

“We’ve obviously been playing must-win cricket for about a week now. We’ve got the win, which is the main thing.”

England’s No.11 had done it and despite her celebration at the end, she will be keeping quiet about her part in the win.

Cross said: “I’m pretty sure she won’t want any attention for what she’s done today, but to be able to go out there and finish that game off, it was just so important to us as a team.

“Obviously it keeps our hopes alive in this tournament and I think when we look back they’re going to be the really tiny moments [that matter].

“We found a way to win today and it felt like at the start of the tournament we were finding ways to lose, so the fact that we’ve managed to get the win today is very, very important and kudos to Anya for going out there and completing it for us.”

England started the tournament poorly with defeats to Australia, the West Indies and South Africa before a change of fortunes with victories over India and now New Zealand.

Knight’s side next face Pakistan in Christchurch on Thursday.