On this day in 2009: England survive scare before winning Women’s World Cup 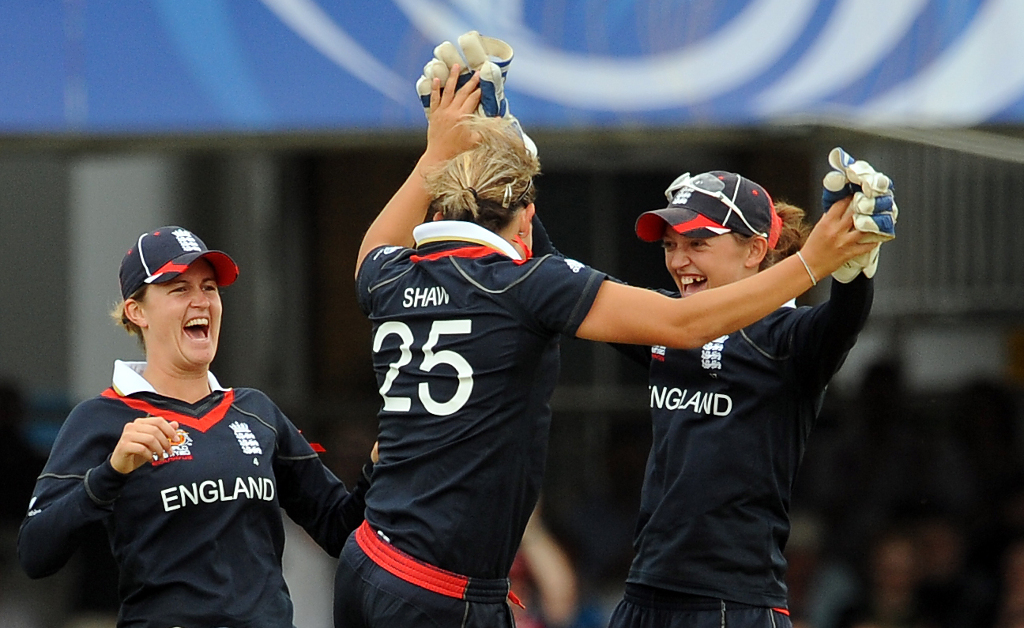 England survived a scare to see off New Zealand and win the ICC Women’s World Cup for the third time in their history in Sydney on March 22, 2009.

Some fine bowling and a player-of-the-match performance from Nicky Shaw put England in a commanding position as she took four wickets to dispatch New Zealand for 166.

And, although Lucy Doolan responded with three wickets of her own, England held on for a four-wicket win to take the world title for the first time since 1993.

Shaw again came to the rescue, hitting three boundaries late in the order to carry England to within one run of victory before Holly Colvin hit one final four to trigger wild celebrations from her team-mates.

“This won’t sink in for a while, but this is an amazing team and it’s well deserved,” said England captain Charlotte Edwards.

“We made it hard work for ourselves but it’s a special day and I’ll treasure this for the rest of my life.

Glad to get over the line

“We were up against a very good New Zealand team who never give up so we’re not surprised (with how they fought back).

“I was slightly jittery up there at one point but it’s a fantastic tournament and we played some good cricket. I’m just glad with how we got over the line.”

Shaw was a last-minute call-up having only been included in the line-up moments before the start of the match after Jenny Gunn was ruled out with a calf injury.

Shaw said: “It was right before the toss – we had people running across the field trying to change the team sheet. At that point I was pretty much crying. I had gone through a lot of emotion thinking I wasn’t going to play.”