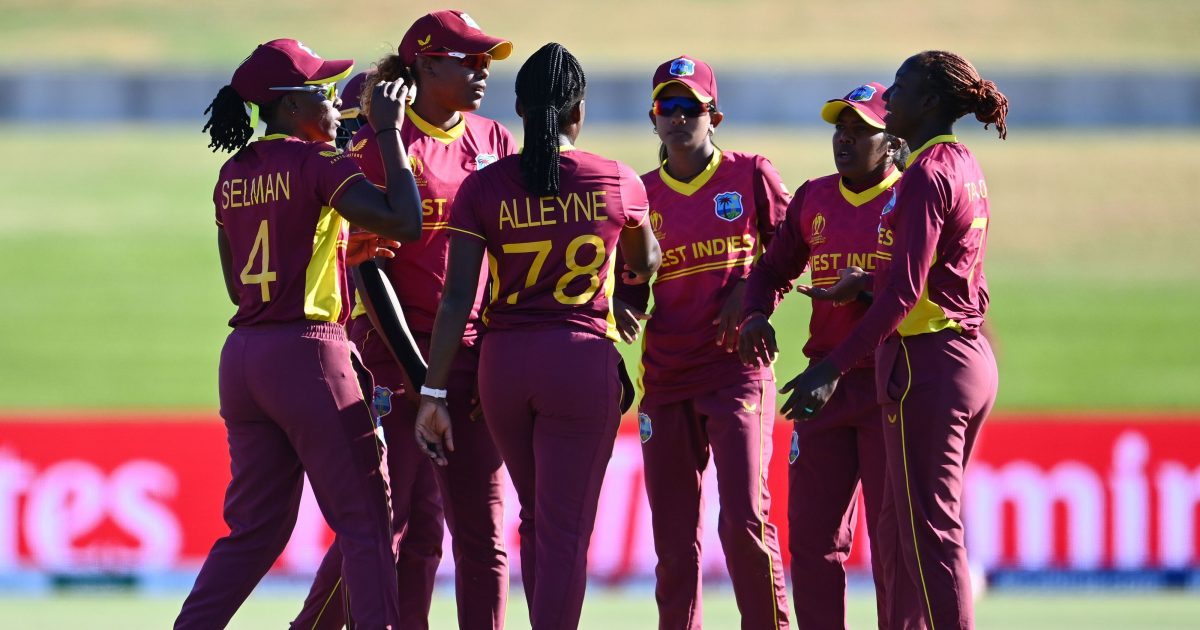 West Indies fast bowler Shamilia Connell collapsed in the field at the Women’s Cricket World Cup in New Zealand on Friday and was taken from the ground in an ambulance.

There was confusion as it was not immediately clear what happened to the 29-year-old.

Connell was able to walk to the ambulance and team-mate Hayley Matthews said that “we believe she’ll be alright”.

Shamilia Connell ‘will be alright’

“Obviously it’s a bit worrying to see her go down like that but she’s a fighter,” said Matthews.

The incident came in the latter stages of a West Indies fightback that saw them edge Bangladesh by four runs.

Matthews would produce a player-of-the-match performance bowling a career-best 4-15 and spare the West Indies’ blushes after Bangladesh restricted them to 140-9 at Mount Maunganui.

That win puts the West Indies ahead of hosts New Zealand, India and defending champions England in the race for a top-four semi-final berth alongside unbeaten favourites Australia and South Africa.

Bangladesh threatened to blow the tournament wide open when their spinners ripped through the West Indies’ batting line-up.

The Tigers got the yips though as a modest target of 141 proved too much however for the tournament debutants, who fell four runs short with three balls to go in the final over.

“How our bowlers started was incredible but I’m pretty disappointed with the batting,” said captain Nigar Sultana, Bangladesh’s joint top-scorer with 25 runs.

“We lacked partnerships and I should have played until the end.”

Spinners dismissed openers Deandra Dottin and Matthews for 17 and 18 respectively.

Bangladesh then tore through the middle order as the West indies lost six wickets for 30 runs. The West Indies were struggling at 70-7 and looking unlikely to finish their 50 overs.

Shemaine Campbelle stood in the gap to prevent a rout, contributing a crucial unbeaten 53 off 107 balls in her second half century of the tournament to give the West Indies a potentially defendable total of 140-9.

Nahida Akter and Salma Khatun had the best bowling figures for Bangladesh, both finishing on 2-23, but the entire team excelled, bringing zip and enthusiasm to the field.

The West Indies made a good start with the ball, dismissing Shamima Sultana for a duck in the first over.

The pressure told as spinner Afy Fletcher took three wickets in two overs, including a pair from successive balls to have Bangladesh reeling at 60-5.

Bangaldesh Captain Sultana attempted to steady the innings but was trapped lbw on 25 by Matthews, who clean-bowled Rumana Ahmed with her next delivery.

The West Indies dropped three catches as the run chase tightened, then Connell’s treatment halted play in the 47th over.

Bangladesh needed eight runs from the final over with no wickets in hand but West Indies captain Stafanie Taylor coaxed an inside edge off Fariha Trisna from her third delivery to finish the contest.