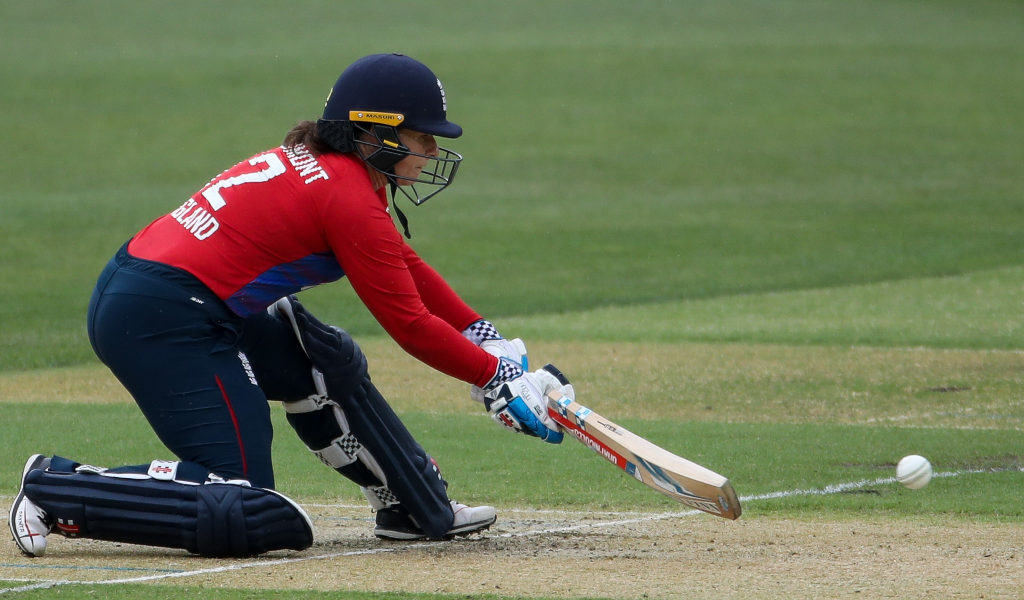 Tammy Beaumont feels England have been overlooked despite going into the Women’s World Cup as reigning champions but she cautioned her side’s rivals: “Write us off at your peril.”

England were unable to win any of their matches in the multi-format Ashes although there have been signs of promise in New Zealand ahead of the defence of their 50-over crown after beating Bangladesh and South Africa in warm-ups.

A 109-run trouncing of Bangladesh has been followed by a comfortable six-wicket victory over the Proteas in a game reduced to 35 overs per side because of rain in Lincoln, where Beaumont top-scored for England with 35.

While Australia are overwhelming favourites to triumph over the next few weeks, Beaumont, the 2017 player of the tournament after topping the run charts with 410 at an average of 45.56, believes England cannot be disregarded.

“I feel a lot of people have written us off,” she said. “Last time people were trying to call us favourites. We are still the holders of the World Cup and you write us off at your peril.

“Winning a World Cup at any time is a massive achievement but particularly when we have gone through Covid and all the bubbles, restrictions, all that.

“To come out here and hopefully perform would be good testament to the team.”

England will start their campaign against Australia at Hamilton on Saturday, still reeling from a 12-4 points loss Down Under where Meg Lanning’s side comfortably defeated the tourists in all three one-day internationals.

The defending champions lost their opening game five years ago before rebounding in style – avenging their India defeat by beating them in a roller-coaster final – so Beaumont is not placing too much emphasis on the showdown with Australia.

“We will take on Australia, on our day we can beat them,” the opening batter said. “We are in a good place for that game, regardless of the Ashes results.

“I don’t think one game will ruin your World Cup hopes. It’s a good time to get back out there and give it a good crack.”

England’s batting unit seemed particularly susceptible in Australia recently and Beaumont, who amassed just 136 runs at 22.66 in six matches across the series, acknowledged they must perform better as a collective.

“Everyone has got to take accountability,” Beaumont added. “I didn’t have the best series with the bat in the Ashes.

“But everyone has to step up and we have had some chats not just about what we want to do but how we are going to do it. We want to play aggressive cricket, taking the game on.”