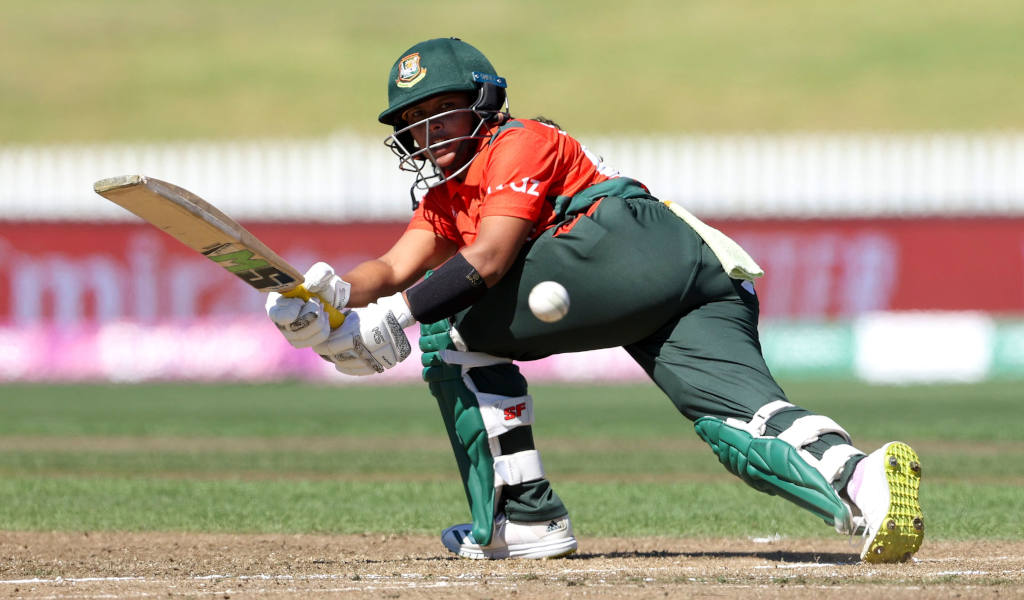 After earlier defeats to South Africa and New Zealand, Bangladesh are off the mark and Nigar believes they can offer much more.

She revealed her belief that Bangladesh can win more matches if they play to their potential.

Nigar savoured the moment, after her team beat Pakistan in Hamilton.

“I cannot describe this in words. This is our first-ever win in World Cups and we have made history today,” she said.

“We are looking forward to carrying this momentum throughout the tournament. I have seen two matches over here, where the spinners dominate, I thought if she [Fahima Khatun] could deliver her best, I could use her very well.

“We know Pakistan very well, we played each other so many times. In the qualifier also we beat them in the last over.

“Winning gives us the confidence and this is the momentum we always wanted, we have a good side and already improving, we know that we are a very capable team.”

Nigar believes that both the bowlers and batters achieved their goals on Monday.

“We bowled in the right areas and to the fields we set,” she said.

“We knew we needed dot balls and that was the target. We had the hunger to win but just played our normal game.

“When we batted, our girls wanted to score 250-plus but fell just short. Our bowling line-up was strong and we stuck to our plan. We didn’t lose focus in the middle overs and held our own.”

Skipper Bismah Maharoof cut a frustrated figure after the contest.

“It is very hard to digest, we were in the game but bad shots from the middle order cost us the game,” Bismah said.

“Sidra was playing well, she will be disappointed she could not finish the game [after being run out]. The way we batted we were in the game, we should have chased it down.

“That’s now two close games we did not win. We have to take some positives, move forward and try to come back harder in the next game.”