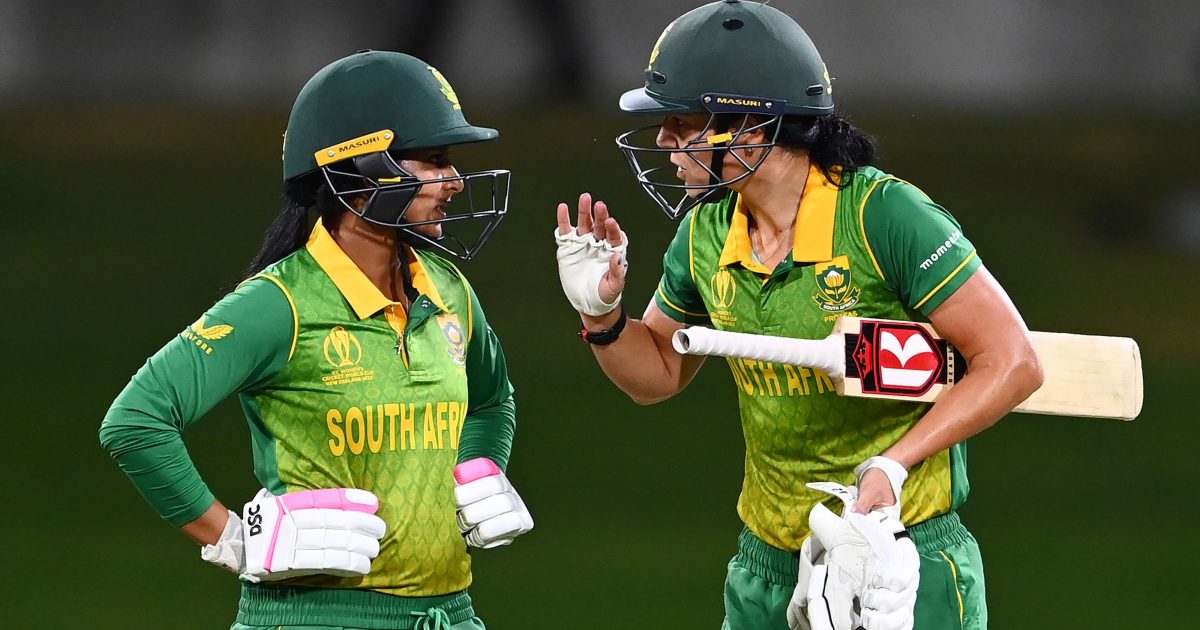 Van Niekerk has been a big part of building this team which aims to go one better than they did five years ago but injury has kept her from leading the team in New Zealand.

Stalwart allrounder, Kapp did the hard work for the Proteas in a record-breaking win but there were also critical cameos from other players.

Kapp then played the innings her side needed, slow and steady as the run rate zig-zagged just above and below a run a ball.

Though she was dismissed in the penultimate over, the Proteas complete the chase in the final over.

“I threw my team into the deep there at the end. I am happy to contribute, this was a big game for us and I’m glad we came through.

“I backed myself at the end. I remember what they did in 2017 in the semi-final. We have been working on a few things and luckily today it came off.

“What’s been brilliant is we still haven’t played our best cricket in terms of our batting.

“It is so much harder without her [Dane van Niekerk] but I am glad she watched and this is for her.”

“We do our best when we put the opposition under pressure,” Luus said at the post-match presentation.

“We have a world-class bowling attack and happy it turned out tonight. Kapp is world-class, every time she turns out to play shows her class, she’s an inspiration for the youngsters out there.

“Regardless of what happens in the tournament, we’ve made history today and nothing is going to change that. Everyone back home is really proud of us.”

South Africa have started well and are currently second on the Women’s World Cup log behind Australia on Net Run Rate.

England are winless from three matches and sit second bottom but could still fight back with six to play.