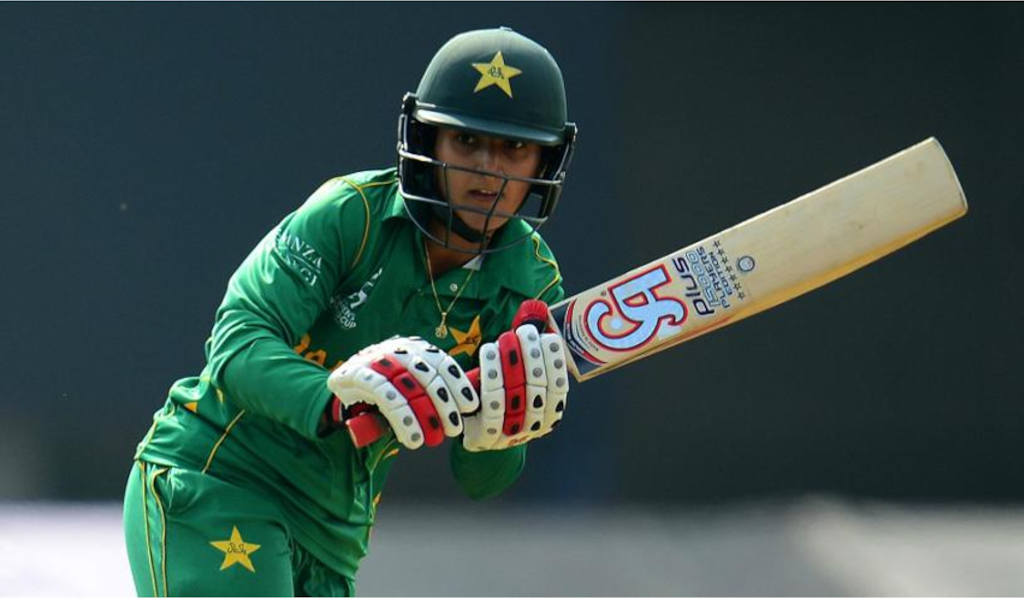 Pakistan skipper Bismah Maharoof says that her team’s goal at the 2022 ICC Women’s World Cup is to qualify for the knockout stage for the first time.

Maharoof feels that the World Cup could provide her team with the platform to break through the ‘glass ceiling’.

The skipper has backed the squad to take on the best in the world and make Pakistan proud.

In a column for the ICC, Maharoof wrote: “The Women’s World Cup is a platform where stars are born, and it is the ultimate stage where cricketers of the day can leave ever-lasting legacies.

“For Pakistan, the ICC Women’s Cricket World Cup 2022 is an opportunity to leave a mark and break the glass ceiling.

“We arrive in New Zealand well prepared, with our eyes set on one of the four semi-final spots. We have never made it to the knockouts of any World Cup across the two formats, but that does not mean that that time will never come.

“With the experience of Javeria Khan, Nida Dar, Diana Baig and Anam Amin; the extraordinary talent of Fatima Sana and Ghulam Fatima; and the grit of Aliya Riaz and Omaima Sohail, this team has all the ingredients to make history in this beautiful country.

“We have put together a strong squad, which not only covers all bases but also provides the right balance required for a tournament as lengthy and demanding as this World Cup will be. We have a perfect mix of talent and experience in both departments, and a team eager to push the limits and make its fans and supporters proud.”

Maharoof feels that her team is making progress as evidenced by a recent string of firsts achieved by Pakistan in the women’s game.

She hopes that the Women’s World Cup represents a new dawn after the struggles of the pandemic.

“Since the last edition in 2017 of the event, our team has had its share of ups and downs,” Maharoof added.

“Through sheer hard work, grit and determination, we established ourselves as a force to reckon in the ICC Women’s Championship 2017-20 cycle.

“We achieved many firsts, thanks to the unrelenting passion of the girls.

“It was no mean achievement for a side which had finished seventh or second-last in the inaugural edition of the ICC Women’s Championship just two years ago and failed to win a match in the following World Cup to break into the top four of the table, before finishing fifth due to a series cancellation.

“And that momentum translated in our victory against the West Indies in our ICC Women’s T20 World Cup 2020 opener.

“The team’s performances, however, since our return to cricket after a COVID-induced hiatus have not been up to the mark, There have been some outstanding individual performances.

“But the overall results have been below par and there is a strong realisation in the camp that the last year does not justify the collective potential and talent of this side.

“There is an urge to undo the mistakes of the last year in every individual. During our preparations in Karachi in the lead-up to this tournament, every player has put in the hard yards to prepare for the challenges that await us in New Zealand.

“The World Cup format provides all the sides much-desired exposure and experience as each team is pitted against all the participating sides. With each team playing seven matches, only a side that displays quality cricket on a consistent basis will progress.

“We will take one match at a time and focus on the task at hand. The challenge to be among the top four sides can overwhelm one, but when that challenge is broken down into small, achievable goals one gets motivated to achieve it.

“We start our campaign by facing India, which promises to be a great occasion for women’s cricket in the subcontinent. It will surely be an exciting contest. Pakistan v India is a rivalry that attracts record eyeballs across the globe. In our part of the world, it becomes the talk of the town when the two neighbours face off. I am sure millions of girls will tune in to watch this game and will leave inspired to take up the game.

“I am thrilled to be here in New Zealand, finally, for this World Cup and thank the Pakistan Cricket Board for their support that helped me in returning to the game I love, smoothly. The introduction of the maternal policy has made the game more inclusive for women. It is a great initiative, which will definitely see more girls follow their passion. With my daughter, Fatima, in the picture, I am excited to see how the next couple of months will pan out.

“COVID has had an impact on women’s game around the world, but this tournament promises a new beginning and comes with a ray of hope of us getting back to normal life.”