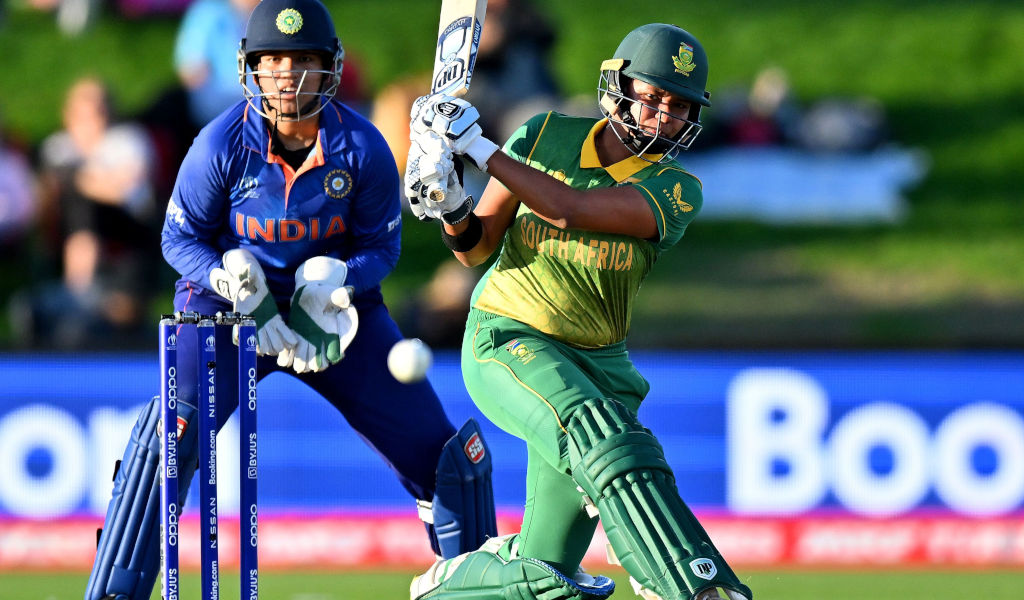 India were knocked out of the World Cup in New Zealand after a three-wicket defeat to South Africa was sealed with the final ball of the game as Mignon du Preez’s unbeaten 52 took the Proteas over the line.

South Africa had already secured second place and a spot in the semi-finals and they are joined by unbeaten Australia, who took a maximum 14 points from the group stage, as well as England and the West Indies, who qualified after India failed to defend 274 for seven.

But for India, after a time of reflection, Raj and her side will look ahead to the next event.

“I think as players and as a team, we look forward to rebuilding and to try to give our best whenever we compete in the next big event.

“Every ICC event is an opportunity for the team to do well because these events are followed by everybody around the world and opportunity for all the cricket lovers to look up to women cricketers to play the best standard.

“And it’s our job as players to put our best standard out there so that many young girls take up the sport so it’s an opportunity as players that we look forward to doing our best in these events.”

The 39-year-old refused to speculate on her future of that of fellow veteran Jhulan Goswami, who missed her first game in five World Cups with a side strain.

India’s other seamers, Meghna Singh and Pooja Vastrakar, were unable to make inroads as South Africa chased 275, but part-time spinner Harmanpreet Kaur pulled her side back into the contest with the big wickets of Laura Wolvaardt and skipper Sune Luus.

Wolvaardt was the day’s top scorer with 80 which laid the foundations for South Africa’s remarkable chase after Smriti Mandhana and Raj had posted 71 and 68 respectively in India’s total.

Reflecting on the tournament as a whole, Raj said: “There have been ups and there have been downs, we’ve done well against West Indies, but we lost against England, Australia and New Zealand.

“We did mix it up a little bit in the initial phase of the tournament, but the way we made a comeback, even in today’s game, the way the girls have responded whether it is bowling or batting, I think they’ve done really well.

“It was a good game overall if we have to judge it from the crowd, the viewers and for the sport, but yes for the Indian team, it’s the end of the road in the tournament.

“A lot of good things have come out of the tournament like we’ve got Yastika [Bhatia], Shafali [Verma] started to score runs, the spinners have done well.

“There will be areas that as a team, we need to work on moving forward. But overall, I think we could have done better in the initial phases of the tournament.”

Du Preez would break Indian hearts as she hit the winning run to get South Africa the win having been reprieved two balls prior when her dismissal was chalked off due to a no ball from Deepti Sharma.

Du Preez had struggled for form in previous games but relished being out in the middle as she made an unbeaten half-century to see the Proteas home.

She said: “The best word would be a rollercoaster ride, there was lots of ups and downs. I think myself and [Marizanne] Kapp were going really well, so we knew that between the two of us if we can take it as deep as possible, we know what Chloe [Tryon] can do.

“As soon as Chloe came in, she made it quite easy and then getting out again, it just goes up and down all the time.

“I didn’t know that it was no ball, so obviously I thought I’d let the team down because we only needed a run a ball, so I could have probably just tried to hit on the ground.

“It didn’t go where I wanted, I was targeting straight over the bowler’s head and I dragged it a little bit.

“I got a little bit of luck on my side, finally. I haven’t felt that I had luck throughout the tournament just yet, it was quite special to be there at the end and get over the line.”

Even though the result had no bearings on South Africa’s passage to the knockout stages, Du Preez believed it was important for her side to get back to winning ways.

“I think for us it was about fine-tuning and we know how important momentum in a tournament like this can be for us,” she said.

“We lost the game against Australia and then we had a rained off game, so we haven’t actually had another win under the belt in recent times.

“We knew this was important for us going into the back end of the tournament to get a bit of momentum and so we definitely wanted to play to our standards and do the best we can and I think we did just that today.”