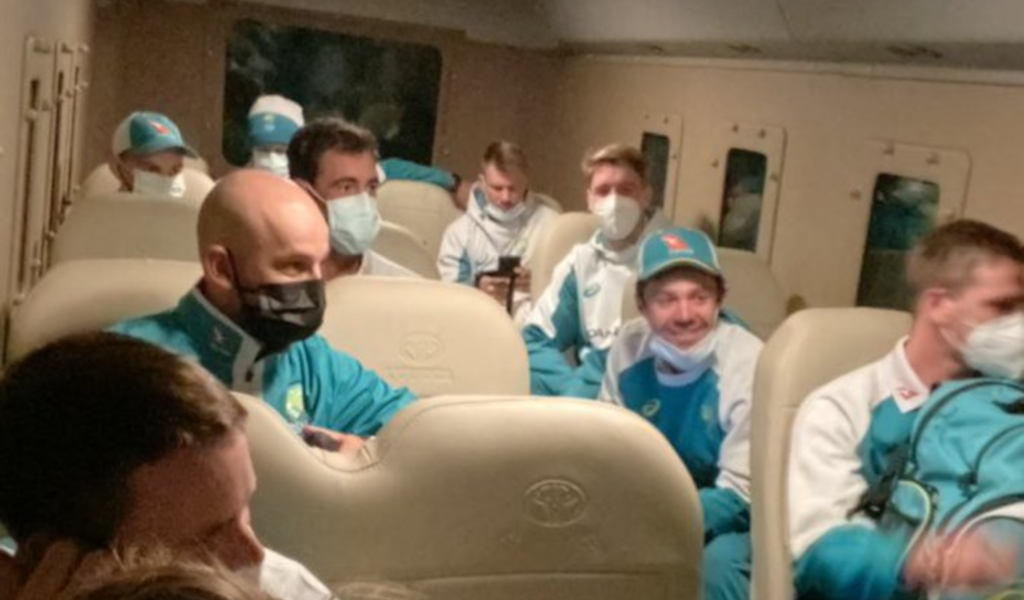 A touring party from Australia touched down in Pakistan for the first time since 1998 on Sunday 27 February 2022.

Australia’s Test squad led by Pat Cummins have been greeted by tight security.

“The squad will be given ‘head of state-level security’,” a spokesman for Pakistan’s interior ministry told AFP.

“Such arrangements are only made for high-level foreign delegations, (and) the president and prime minister of Pakistan.”

Former Pakistan captain Imran Khan is the country’s sitting prime minister and has pledged 4,000 police and military personnel to guard the team hotel in Islamabad and the stadium in Rawalpindi.

Pakistan are taking no chances with this series having been hit hard by the withdrawals of New Zealand and England from proposed tours last year.

New Zealand Cricket claimed their withdrawal was down to a ‘credible security threat’.

Australia players have been positive about the tour, sharing candid snaps on social media during their journey.

“We’ve got to a place where everyone hopping on the plane is comfortable with where it’s all sitting,” Cummins said ahead of the team’s departure.

“It’s been a really thorough body of work that the security and the logistics teams have worked through.”