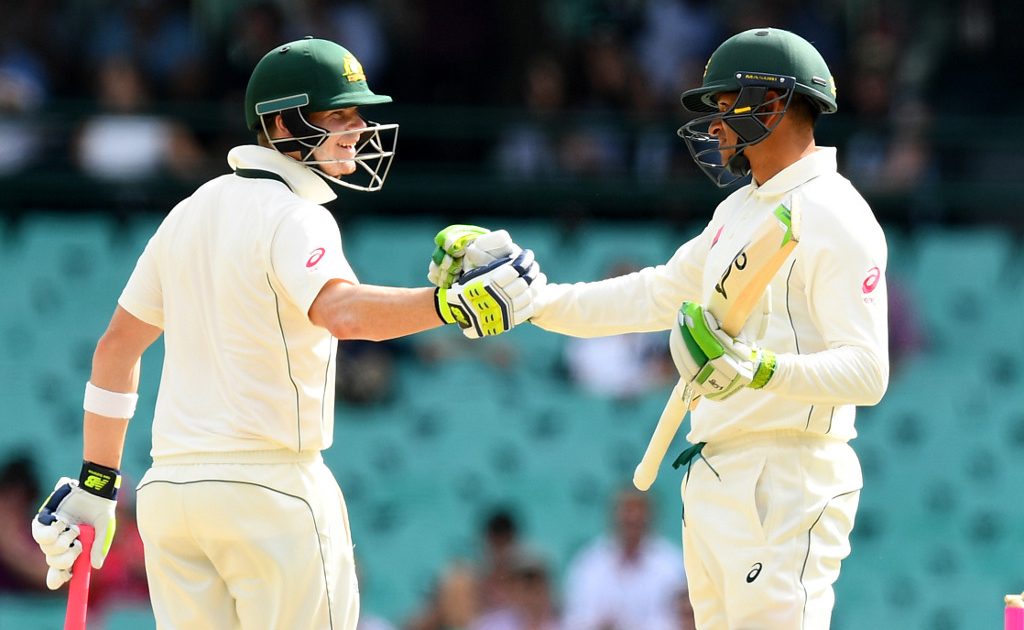 Steve Smith once again underlined his importance to Australia’s line-up after scoring a hardworking 59 in difficult conditions in their first innings in the third Test against Pakistan.

The visitors managed a fine total of 391 runs in their first innings in Lahore, with Usman Khawaja top-scoring with 91.

Cameron Green and Alex Carey also contributed half-centuries, but it was Smith’s knock that got the Pakistan-born Khawaja talking, even though his run without a century continued.

Smith has gone more than 14 months without a Test ton, which is a remarkable lean patch for someone who’s averaged in excess of 60 throughout his career.

In fact, Khawaja found it laughable that the former Australia skipper is being criticised for his lack of centuries, and described him as a living legend of batting.

“I’m sure he’s frustrated in some respects,” said Khawaja.

A legend of this era

“He is, in my opinion, the greatest batsman I’ve seen in my era, averaging 60 pretty much his whole Test career.

“I’m still in awe of how many runs he’s scored over a long period of time.

Khawaja added how Smith is a class player in his view, and whilst it must be frustrating for him not to get the big scores, he is consistently contributing with half-centuries.

But there is no doubt in the left-hander’s mind that the big scores will come again.

“I find it so funny we’re talking about Steve Smith not scoring 100s, he seems to be getting 70, 80 … and doing it very easily,” Khawaja added.

“That’s just the class Steve Smith has. I’m sure once he gets a big score, more big scores [will come].

In response, Pakistan are 90/1 at stumps on day two.