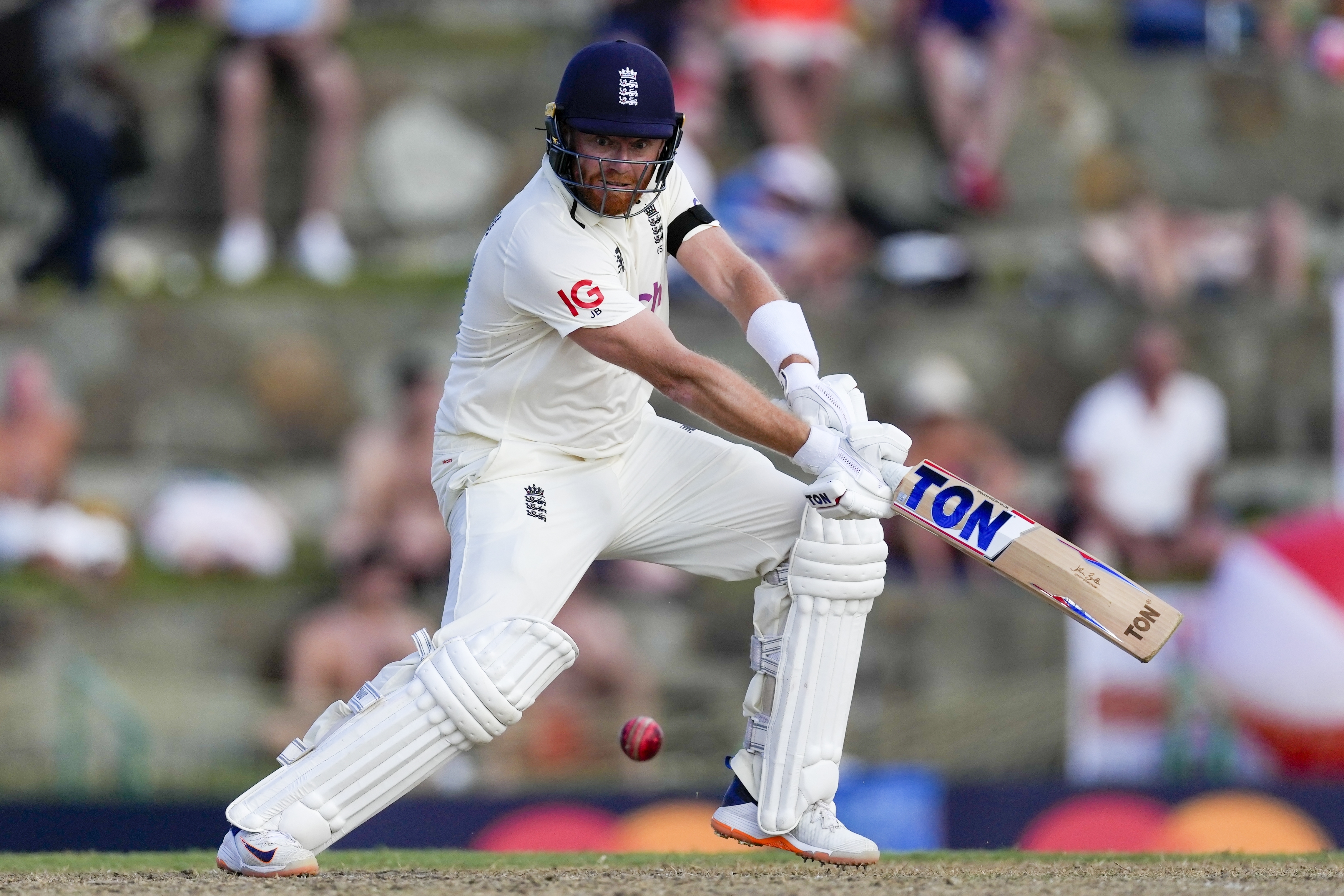 Jonny Bairstow will look to push England towards the 300 mark on day two of the first Test against the West Indies after his battling century dragged them back from the brink.

Bairstow arrived at the crease with his side in trouble at 48 for four and walked off to thunderous applause two-and-a-half sessions later having carved out a memorable 109 not out.

With all-rounder Chris Woakes at his side and a capable tail featuring Craig Overton and Mark Wood, England will be hoping to stretch their total as far as it will go in Antigua.

West Indies banking on having a ball

The West Indies did their damage with the new ball on day one, with Kemar Roach and Jayden Seales excellent first up.

But it went soft and stopped swinging during the afternoon, allowing Bairstow to dominate as the time ticked by.

Things got livelier again as soon as a replacement was taken late on and it will be only six overs old on the second morning.

With Roach already hooping a couple of yorkers, the initial skirmishes could be tough going for England.

England will not want to give up their hard-fought foundation easily, particularly given their long-standing struggles to post significant scores in the last couple of years.

Having failed to reach 300 in any of their 10 innings in the Ashes, that will be the first mile-marker to check off but another 30 or 40 on top of that would put them in a strong position on a surface that may deteriorate.

After that attention will turn to their bowlers, who must labour under the shadow of the absent James Anderson and Stuart Broad. Their controversial dropping has created an opportunity for Somerset’s Craig Overton to open the bowling and he has plenty to do to persuade fans of the wisdom in that trade.