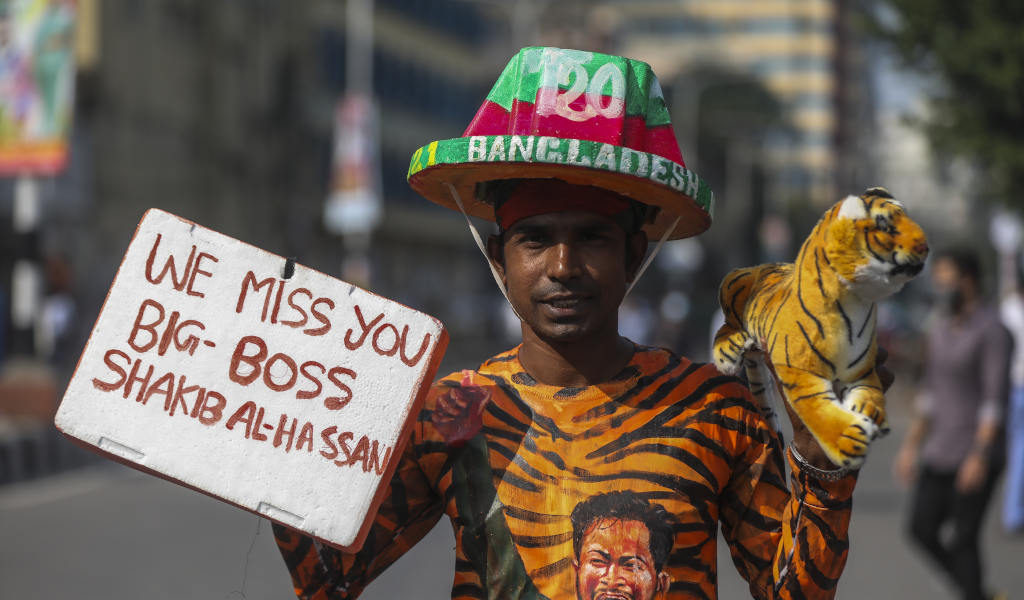 Fazle Mahmud will replace Shakib-al-Hasan in the Bangladesh squad for the tour to New Zealand.

Bangladesh named their 18-man touring squad on Thursday, noting the absence of Shakib.

While he has comparatively little international experience Mahmud is the closest thing to a like for like replacement for Shakib as a top-order batsman and left-arm orthodox spinner.

Mahmud has a wealth of experience on the Bangladesh first-class circuit, having played 94 matches since making his debut in 2004. He has scored 5353 runs at an average of 34.75 and has also picked up 32 wickets.

He previously represented the Tigers in ODIs back in 2018 when Zimbabwe toured Bangladesh, though the outings were not too memorable as he registered ducks in both the games and did little with the ball.

Bangladesh will be without both Shakib and the recently retired Mahmudullah for the series.

The two-match Test series will be played under the ICC World Test Championship 2021-23 where Bangladesh are currently at the bottom of the table with zero points after Pakistan clean swept them at home. New Zealand are placed a spot above Bangladesh, thanks to a draw in Kanpur against India that fetched them four points.

The first Test will commence on New Year’s day at Mount Maunganui before the action moves to Christchurch for the second Test on 9 January.

Mushfiqur Rahim and Liton Das will be asked to shoulder the roles of senior batsmen in the squad having enjoyed decent outings in the series lost to Pakistan at home.

Injury has kept paceman Mustafizur Rahman out of the running for the squad with Taskin Ahmed expected to lead the attack on the seam-friendly wickets in New Zealand.

Ebadat Hossain could be the man to support him with the new ball while there is also the option of uncapped seamer Shohidul Islam,