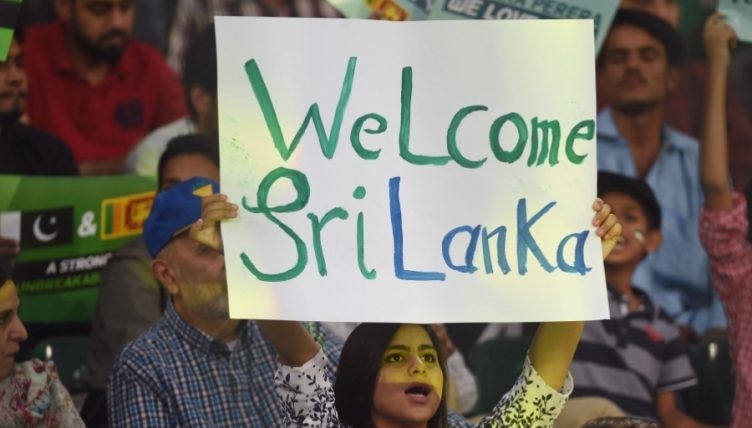 Sri Lanka have arrived in Pakistan for the hosts’ first Test in their own country since the 2009 terrorist attack.

Eight people were killed and several players were wounded when the Sri Lanka team bus was gunned down in Lahore in March 2009.

The majority of Pakistan’s home Test matches have since taken place in the United Arab Emirates in the intervening years.

Sri Lanka played three ODIs and three T20 matches there in September and October, but their upcoming tour of Pakistan marks the return of Test cricket to the country, with the first Test starting in Rawalpindi on Wednesday and the second taking place in Karachi from 19 December.

“This is my first tour to Pakistan,” said Sri Lanka captain Dimuth Karunaratne.

“After the 2009 incidents, players were scared to tour Pakistan but in the last two years or so Sri Lanka and other teams have toured Pakistan.

“We want to play good cricket in Pakistan and hope they give us some good security.”

Khan added: “Pakistan’s losses due to non-hosting of international cricket have been substantial.

“Pakistan cricket supporters have been denied the opportunity to see their heroes play live in our national stadiums.”