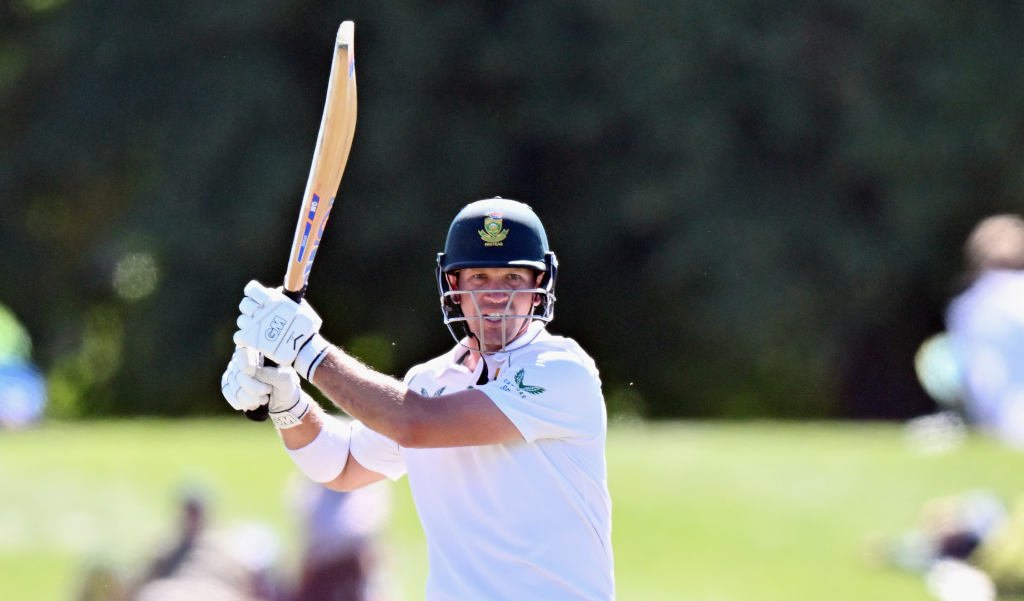 South Africa opener Sarel Erwee has revealed that just a few years ago he was close to giving up the game.

A late bloomer even in the domestic game, Erwee feared that he would never be afforded the opportunity to represent his country.

Erwee opened up after scoring a century in his second Test match, a week after making his debut in New Zealand.

The left-hander said that he addressed the mental side of the game in the wake of a crisis of confidence and hasn’t looked back.

“It’s a very special day. I didn’t think I would be close to being in a position where I’d be in a South African Test squad. To sit here today with a Test hundred behind my name is extremely special,” he said.

“It’s more special having gone through all the hard yards over the years, taking learnings, and implementing them in the squad in the last year.

“I was a phone call away from saying I was done. My parents thankfully provided encouragement and I started seeing a sports performance psychologist. We started working on my mental well being. That was the turning point for me. I’m not the finished product and I still have a lot of work to do with regards to my mental health. The years I sacrificed, I just couldn’t give up.”

“You have to get on with it at domestic cricket, whether it’s your first year or your tenth. You’ve got to prepare yourself for international cricket if that’s what you want to do. You must front up, make sure you get better, so that when you do get a chance to play international cricket you’re ready.

“I’m just really fortunate, that I had a year to settle into the squad and find my feet preparation-wise, find out what it takes to do well at this level – that was just down to help from teammates.”

Erwee scored his century with his sister, who emigrated to New Zeland not long ago, in attendance at the ground.

“It was lovely to celebrate and get the hundred in front of a bit of family… my sister, she lives here in New Zealand…she’s been through a tough time here and it’s nice for her to have something to smile about,” an emotional Erwee said.