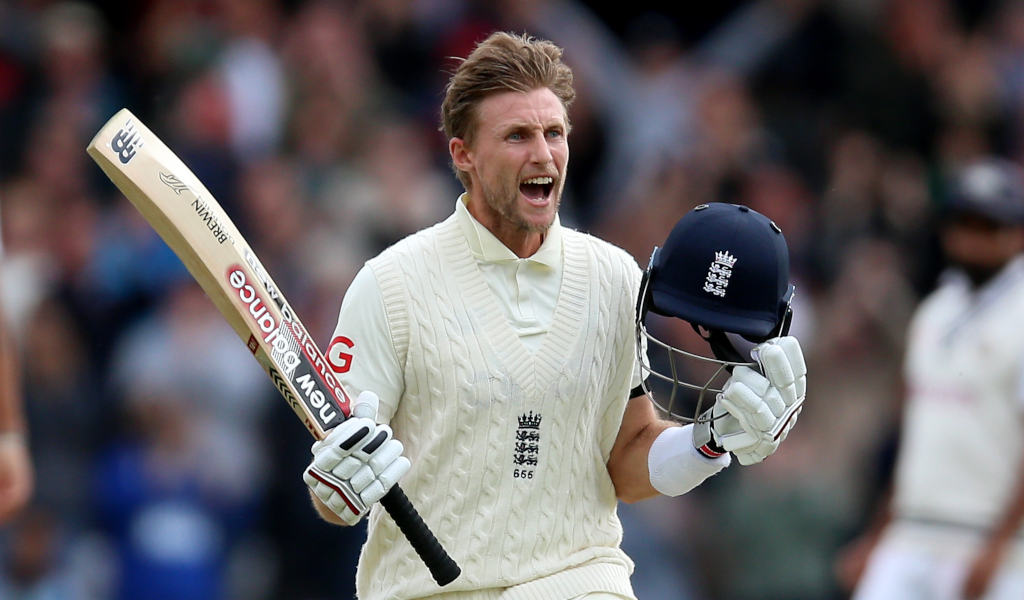 Joe Root followed up his 24th Test century with a brave declaration in Antigua, leaving England chasing seven more wickets in the final session of the first Test against the West Indies.

Root scored 109 to go second on the country’s all-time list behind his predecessor Sir Alastair Cook before calling his side in at 349 for six just before lunch.

That left the hosts 286 to win in 71 overs, a bolder and less conservative equation than many expected, as he maximised the amount of time his bowlers had to take 10 wickets on what has been a stubbornly placid pitch.

With Mark Wood’s elbow injury keeping him in the treatment room – he is now a major doubt for the remainder of the series – the task was even sterner. But after an opening stand of 25 overs, England took three wickets for six runs to give themselves a fighting chance of victory.

First Ben Stokes got one to shoot through low and trap Kraigg Brathwaite lbw, then John Campbell screwed a careless hack off Jack Leach straight to mid-on.

Leach grabbed a second in the last act before tea, Shamarh Brooks nicking a turning delivery to slip.

At the break the hosts were 65 for three, with the draw still very possible but signs of nerves in the home camp.

The day began with England in a comfortable position on 217 for one but they soon lost Zak Crawley for 121, yorked by Jason Holder after adding just four to his overnight score.

Root resumed on 84 and progressed to 99 by the mid-session drinks break, the kind of interruption that could unsettle a less travelled player.

But hundreds are becoming a routine occurrence for Root, who has now made a record 13 as captain, and he duly dashed a single to cover before kissing a necklace. It had been given to him by his children before he flew out, in return for a promise to wear it at the crease.

Root’s eagerness to advance the game cost him when he exposed too much of his stumps to Alzarri Joseph and was bowled on the move, but Dan Lawrence had already put his foot down.

He made an enterprising 37 at better than a run a ball, including one brutal six off Holder, but came unstuck when he sliced to point. Having given up just two wickets in 63 overs on Friday, England were engaging in a riskier game now.

Stokes bashed a couple of boundaries but was soon gone, lofting a Kemar Roach slower ball down long-on’s throat, and Ben Foakes dragged his middle stump down to make it four wickets in five overs.

Root’s desire to get the hosts back in before lunch came as something of a surprise but there was no drama in four hurried overs. When Campbell’s leading edge off Leach narrowly evaded Crawley at slip, it seemed as though the game would slowly wither on the vine.

A pedestrian opening partnership of 59 pointed towards early handshakes but a rare example of misbehaviour from the pitch changed the equation. Brathwaite, a reliable blocker, was pinned lbw for 33 as Stokes scuttled one through at shin height.

Campbell reacted with a scrappy swing at Leach, with Craig Overton catching well at mid-on, and the slow left-armer got some real grip off the surface to snare a low edge off Brooks.

That sent England in buoyant as they pondered one last push for a first ever win on the island of Antigua.